The world champions will not win the European title. The Spaniards are fighting for the trophy with the Swedes – PRAVDA.sk

The handball players of Spain and Sweden will meet in the finals of the European Championships in Slovakia and Hungary. Defenders of the title The Spaniards won the first semifinal match on Friday in the MVM Dome arena in Budapest over the reigning world champions Danes 29:25.


The joy of the Spanish handball players and the grief of the Danes after the semifinals of the European Championships.

The final duel in the Hungarian capital is scheduled for Sunday at 6 pm, before which a battle for 3rd place will take place between Denmark and France (3.30 pm).

The French entered the evening semi-final match, who managed to build a four-goal lead in the 10th minute. Over time, however, they began to run into the excellent catcher Andreas Palicka. 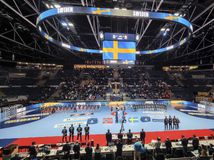 Read also A Swedish handball player was hit by a car. They moved his hands

He even scored three goals in the first half. The Swedes, who had to do without the Hampus Wanne Quartet for coronavirus reasons, Niclas Ekberg, Felix Claar and Lukas Sandell, gradually strengthened their defense and did not allow the opponent to score for five minutes.

They turned the score around and led 17:14 after half time. At the beginning of the second half, the Swedes increased by five goals and “Les Blues” did not look good. The Swedes covered the duo Nikolas Karabatič and Dika Mem well, they did not allow the opponent to get closer for more than two goals. Not until three and a half minutes before the end, the French reduced to 31:32.

In the end, however, Palicka held his team in two important interventions, in the last French attack he caught Ludovic Fabregas and did not allow him to equalize. The Swedes defeated the French just like in the semifinals of last year’s World Cup. 9-goal Jim Gottfridsson also made a significant contribution to their success.

The Danes managed to keep a close lead in the first half in a physically demanding duel with Spain. The goal of both teams were goalkeepers, especially Niklas Landin Jacobsen performed phenomenal interventions at the beginning.

After 12 minutes, he had a 71 percent success rate when he covered five of the seven shots. However, his exclusion for 2 minutes at the end of the half was felt by the Danes and the Spaniards were able to reduce it to 13:14. Aleix Gomez Abello in particular caught the shot, who sent his team to the lead for the first time at the beginning of the second part.

The coach gave his players an extra tactical briefing during the break, and after that Jordi Ribera had passable organization.

On the other hand, Nikolaj Jacobsen’s play was disheartening.

The Spaniards raised to 27:23 in the 57th minute and did not let go of the lead. The Danes defeated 29:25 and repaid their elimination from the semifinals of the Olympic Games in Tokyo. They still have a chance to follow up on the European titles of 2018 and 2020 and achieve a golden hat-trick. Their best scorer was Gomez Abello with 11 goals, Mikkel Hansen scored eight times for the Danes.

“We did a very good job in the second half, we had a fantastic goalkeeper and a brilliant defense. In addition, we gradually strengthened in the attack. However, the key to victory was a change of defense.

We are satisfied, I am really happy for this team and for the way we represent Spanish handball, “Spanish coach Jordi Ribera told eurohandball.com.

The fifth place at the European Championship 2022 was occupied by the Norwegians, who defeated Iceland 34:33 after extra time and won the last direct place at the World Championship 2023 in Poland and Sweden. In the first act, they had a slight advantage, and thanks to a tough defense, they were able to develop a 3- to 4-goal lead. 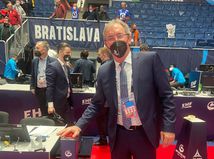 Read also The pandemic hit the championship. But she also opened the door

However, the Icelanders did not allow the opponent to bounce significantly and in the 48th minute they managed to equalize at 24:24. In the dramatic end, the Norwegians tried it without a goalkeeper, but Elvar Jónsson could have decided on the other side, but in the last second he missed an empty Norwegian goal across the pitch.

The duel reached extra time, in which the resolution came at the very end. Three seconds before the end at 33:33, the Icelanders committed a foul, the Norwegians did not expect anything, they immediately played and Harald Reinkind decided with a shot from 10 m in the last second to decide the victory of his team.

Previous articleThe despair of Hazara refugees “without life and without a future” in Indonesia
Next articleOL – Mercato: blow for the Gones with Lo Celso – Goal! soccer club

INFOGRAPHICS. Covid-19: the departments most affected by the seventh wave – BFMTV

‘This is a bombshell’: Trump aides gasped at Hutchinson’s testimony

INFOGRAPHICS. Covid-19: the departments most affected by the seventh wave – BFMTV

For the first time in 2 months, France is...
World

‘This is a bombshell’: Trump aides gasped at Hutchinson’s testimony