Brazil’s scalp was close. The Ecuadorians were furious, VAR called off two reds and penalties – PRAVDA.sk

Ecuadorian footballers are one victory from advancing to the World Cup 2022 in Qatar after a home draw 1: 1 with the leaderboard of Brazil.


Referee Wilmar Roldan points to the white spot, the penalty is then canceled.

In a chaotic duel in Quite, the referee twice called off a red card for Brazilian goalkeeper Alisson Becker and two penalties for the home team.

Argentina won in Chile 2: 1 and significantly complicated the domestic position in the fight for promotion from the South American qualifiers. Brazil and Argentina are still undefeated and have already had some participation in the championship. 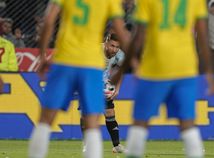 Read more Brazil has guarded Messi, Argentina is advancing. The hit also had a controversy

Ecuador will secure a advance to Qatar if it wins a match against Peru next week. He scored a point in the duel with Brazil with a home equalizer for 1: 1 a quarter before the end of Felix Torres’s head.

The Brazilians missed Neymar, recovering from an injury, and took the lead in the 6th minute after a precise intervention by Casemira.

Goalkeeper Alisson collected a red card from Colombian referee Wilmar Roldan twice, but after the VAR intervention he corrected his verdict every time.

In the first half after a foul on Enner Valencia, he turned the exclusion into a yellow card and made another correction at the set time, when even after Alisson’s intervention he pointed to a penalty point.

The penalty kick and penalty for the goalkeeper were revoked after the revision via the video, and the duel ended in a division of points. Both teams lost the disqualified player in the first half – they were Alexander Dominguez on the home side and Emerson Royal on the away side.

Ecuador’s coach Gustavo Alfaro was angry after the match for the performance of the referee and the VAR decision, which in the controversial duel called off two Alisson’s disqualifications and two penalties for the home team:

“We are shocked by the development of the match and all the strange things that have happened here today. I am not asking for any kindness for us, I just want justice. We feel we have had a chance to achieve the historic victory they took from us. “

“I am glad that we have VAR, otherwise we would be unfairly penalized for these moments. In both cases, I was just trying to hit the ball, and it’s clear I touched it. “

Ecuador is currently in third place with a five-point lead over Uruguay, occupying the fourth place. 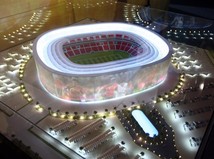 Read more Qatar is dangerous. Journalists can disappear or end up in the base

The first four teams will get directly to Qatar, the fifth will play an intercontinental playoff with a representative of Asia. For the time being, only the last Venezuela is out of the game.

Argentina introduced itself in Chile without Lionel Messi, who is recovering from a coronavirus infection, and without the coviv positive coach Lionel Scaloni.

Angela Di Maria and Lautara Martinez’s goals in the first half decided her triumph 2: 1. Ben Brereton Diaz scored 1: 1 for the home team. 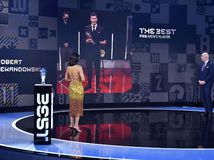 Read more Messi neglected Lewandowski. What about the Pole?

Argentina is second in the table with a four-point loss to rival Brazil. Chile loses three points to fourth place.

“We came without the best player in the world and without a coach, we have positive cases, we spent hours at the airport and we still won,” he said, according to AFP Di Maria. Argentina was led from the bench by assistants Walter Samuel and Roberto Ayala. 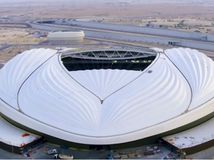 Uruguay strengthened its chances to advance thanks to a 1-0 victory in Paraguay, which was secured by Luis Suarez five minutes after the break. It was the team’s first victory under the baton of coach Diego Alonso, who replaced Oscar Tabarez after a series of unsuccessful results.

Paraguay is still penultimate after losing, with significantly reduced opportunities to advance.

HELSINKI. The Russians and Belarusians will not participate...
World

Today, Michal is better known as an ecologist, as...