Google would prepare a new version of its Chromecast with Google TV. While we expected a slightly more equipped model to compete with devices like the Shield TV, Google would think more of an entry-level model in 1080p. 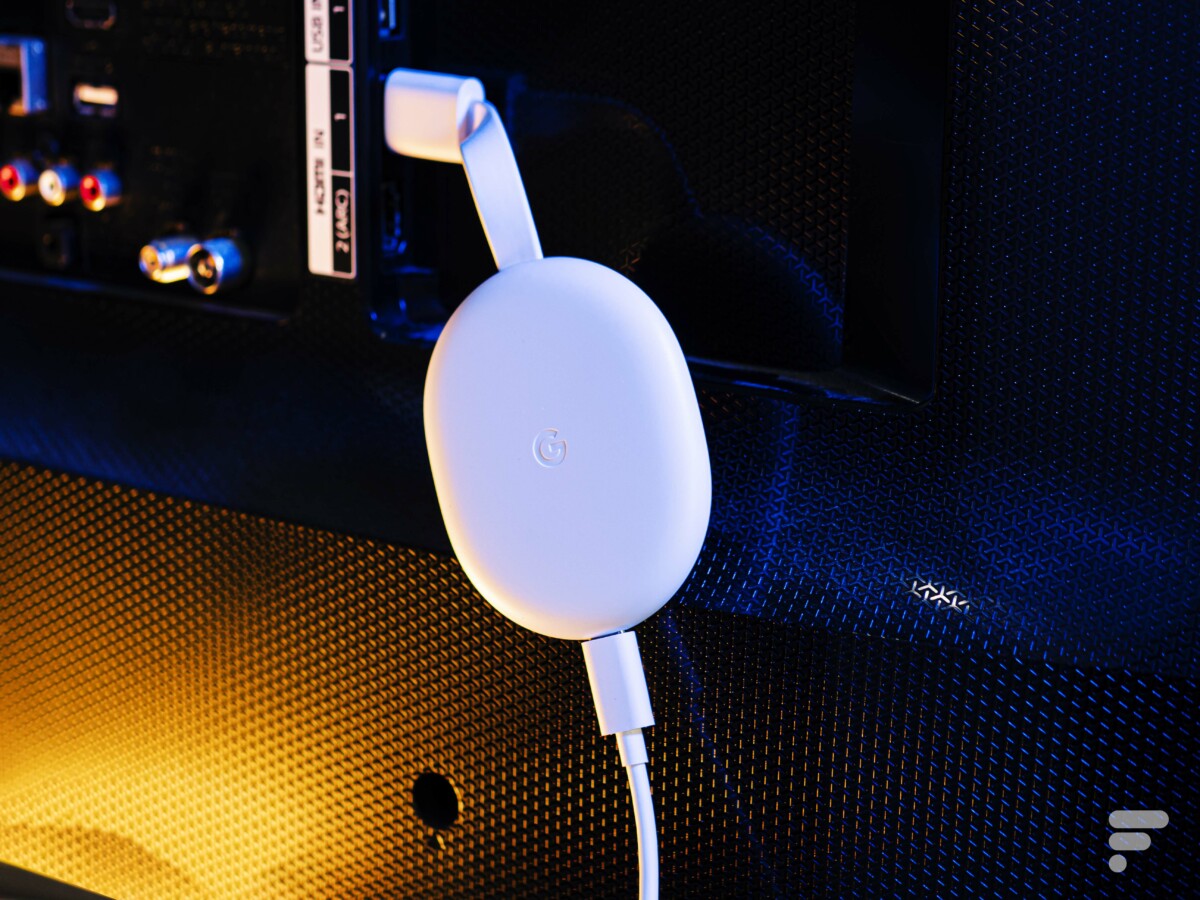 Very recently, we mentioned the probable arrival from 2022 a new model of Chromecast with Google TV. If like many sites, we hoped for a model a little more equipped than its predecessor, which would allow Google to compete with the Nvidia TV Shieldthe Mountain View company would have taken the exact opposite direction.

According to website information ProtocolGoogle is preparing an entry-level version of its Chromecast with Google TV. If it would retain the TV interface and the remote control, it would offer a definition of 1080p maximum, against UHD on the current model. Note that Google did not wish to comment on this information to the site.

However, this new entry-level Chromecast would still offer something new. It would be equipped with an Amlogic S805X2 CPU and a Mali-G31 GPU. This would grant it support for the video codec AV1, even though the current 4K version of the Chromecast does not support it. Google has spent 2021 pushing other companies like Roku, which has publicly complained about it, to adopt this codec. Its addition in a new TV device is therefore not a surprise, even if it was expected more in a 4K device.

This new device, known under the code name Boréal, would possibly be sold under the name of “Chromecast HD with Google TV”. It is expected to be priced at $40 or less. As a reminder, the current 4K model is sold for 55 euros in France. The goal of the maneuver would be to compete with the 1080p TV dongles offered by Amazon or Roku, which sell for between 30 and 40 dollars.

We would also approach the price of the Chromecast (3rd generation), which is sold for 39 to 30 euros today. The idea behind this new device would possibly be to refresh the current 1080p model by adding Google TV in the balance. Added support for Stadia could also be considered, in order to install the game streaming service in more homes.

According to the leaks around this product, it should be announced in the year 2022. Two dates are mentioned: either during the Google I/O next May, or in October during its annual conference. made by Google.

Previous articlePetra Vlhová: Online broadcast from the giant slalom in Kronplatz – Športky.sk
Next articleAustralian Open, Berrettini in the semifinals: challenge with Nadal

Weather: the heat wave is not over in the South-West - La République des Pyrénées.fr...

INTERVIEW – The essayist sees in the authorization of the burqini in Grenoble a way “to impose the visual...

Urgent: The FFF requires Gana to appear in a photo with the colors of LGBT or… – Senego.com – Actuality in Senegal

Absent for "personal reasons" on the lawn of the MHSC on...

Weather: the heat wave is...
World