This has been the case since childhood. Vlhová is dominant in technical disciplines – PRAVDA.sk

He will go to the track first. In order to forget about the unsuccessful other races in the giant slalom, the effort to fight for the first victory in this discipline in the current season and the desire to tune in well to the upcoming Olympics.


Petra Vlhová in the 1st round of the giant slalom in Kranjska Gora.

The last races before the Winter Olympics in Beijing (February 4 – 20) await Petra Vlhová on Tuesday in Kronplatz.

Vlhová missed the weekend speed race in Cortina d’Ampezzo. Although the start in Sunday’s super G was open, in the end they preferred to train a huge slalom in the team.

Before preparing in Val di Fassa, Vlhová rested for four days at home in Liptovský Mikuláš. 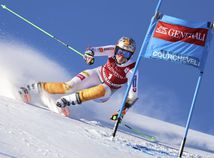 “I tried to relax at home, especially mentally, I was not physically rested because I had training every day. It was a mental side, “she said for JOJ Sport.

She watched the super-G transmission from Cortina and she saw Sofia Goggio’s plight.

“There is always a percentage that a fall can come when you drive speed disciplines, but, of course, I, as a racer, doesn’t look good when I see a fall.

I said to myself that I made a good decision when I didn’t go there and I stayed focused on the huge slalom, “Liptáček said.

The huge slalom on the challenging piste in the Dolomites begins in the first round at 10.30. Vlhová opens it with a unit on his chest, the second ride is on the program at 13.30, we will watch the race online.

“A specific hill with a steep diverted part at the end. It is a very demanding track. The sun is shining on it. The first round is usually frozen, the second is in the spring snow.

Petra felt good in training. She has taken two quality rides in Kronplatz, she is ready. The mood is good. I have no idea if this will be a victory.

A place in the top three would wake us up and Peti would help before the Olympics, “assistant coach Matej Gemza told the Slovak Skiing Association (ZSL).

“We also used the break for training. It wasn’t that she didn’t do anything, but she also rested, “said Gemza.

“Four days at home helped her. She is mentally rested, she is in good physical shape. Everything is going according to plan. We had three giant slalom trainings.

From an early age, she runs technical disciplines, she is more dominant in them. She didn’t have a problem switching to them from speed disciplines, “added Vlh’s brother Boris.

Ambitions are the highest in the Vlha Ski Team. Despite the fact that there is a lot of competition in the huge slalom.

“This year the competitors are level. In Lienz, Peta was second, then came the fifteenth place in Kranjska Gora. There is always the opportunity to be on stage, “concluded Boris Vlha. 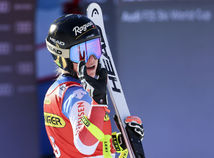 Charlène overhears a message that puts her in a new dilemma. At the salt marshes, a three-star surprise...

It is abnormal, chaos, shame or amateurism, government officials agree as they describe negotiations on family packages and coalition...

Ukraine-Russia war, more than 10 mass graves in the Kiev region

In Ukraine, invaded by Russia, there are over 10 mass graves found in the Kiev region and of these...

(Adnkronos) - Looting in the territories occupied by the Russians is heavy

Naples is a candidate for European Capital of Sport 2026

Naples is a candidate for European Capital of Sport 2026. The decision to present the candidacy was made official...

This image, from the Operational Land Imager 2 (OLI-2) on the Landsat 9 satellite, shows a discolored column of...

Charlène overhears a message that puts her in a...
World

It is abnormal, chaos, shame or amateurism, government officials...
World

Ukraine-Russia war, more than 10 mass graves in the Kiev region

In Ukraine, invaded by Russia, there are over 10...
World

This image, from the Operational Land Imager 2 (OLI-2)...