Štefan Tarkovič will continue as coach of the Slovak national football team. This was confirmed by the president of the Slovak Football Association (SFZ) Ján Kováčik after Wednesday’s meeting of the executive committee in Bratislava.

Tarkovich’s contract expired on December 31 last year. The SFZ management was first to decide on the name of the national team coach in December 2021, later it was postponed to January 2022.

One of the candidates for the post was former Slovak coach Vladimír Weiss. st. With him, the Slovaks achieved their first great success when they advanced to the 2010 World Cup in South Africa. Then, in the competition, the defenders from Italy, Paraguay and New Zealand went to the round of 16, where they lost with the later vice-champion of the world, the Netherlands.

However, Weiss is the coach of the master Slovan Bratislava, in which he will continue. SFZ also decided on networks in the Czech Republic when solving the coaching issue, but it did not bring results. 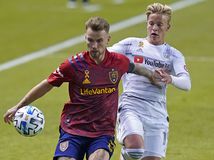 The forty-eight-year-old Tarkovič was an assistant coach of the A-team, Ján Kozák, in 2013–2018, and after his resignation he moved to the position of technical director of the SFZ in January 2019. It was Ján Kozák who recommended Tarkovič as his successor.

The native of Prešov also led the Slovak team on October 16, 2018 in a preparatory match in Stockholm against the home Swedes, the duel ended in a draw 1: 1. At the club level, Tarkovič worked as a coach for Košice, Prešov and Žilina, and for two years he worked as an assistant at Baniyas SCC, the first league player in the United Arab Emirates.

After the dismissal of the Czech coach Pavel Hapal in October 2020, Tarkovič advanced with the team to last year’s EURO, when the Slovak Republic won 2: 1 after extra time in the final match of the playoff in Belfast in Windsor Park against Northern Ireland.

Under his leadership, the Slovaks also won the next League of Nations match at home against Scotland (1: 0), three days later they lost in Pilsen to the Czech Republic 0: 2 and from the LN they finally fell into the C-division. At first, he had a contract for only three matches, in December 2020, SFZ extended it to him until the end of the World Cup qualification. At the European Championships, the Slovaks defeated the Poles (2: 1), but after losing to the Swedes (0: 1) and the Spaniards (0: 5) they did not advance to the next stage. 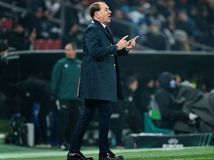 Read more The end of the saga? Slovan informed that Weiss remained

Tarkovič also sat on the bench of Slovakia in the qualification of the World Championship 2022 in Qatar, which took place until the year 2021. In the final table of the H-group, Slovakia finished in third place by Slovenia, with a final record of 3 wins, 5 draws and 2 losses.

For the world championship in Qatar, resp. did not get to the spring barracks about the World Cup, it was decided after the qualifying matches in October. The acting Croatian vice-champions of the world won the promotion from the first place, the Russians penetrated into the barracks from the second place.

Together, he led the team in 19 matches with a balance of six wins, eight draws and five losses.

Overview of the main coaches of the Slovak Republic in the era of independence:

Previous article“The Daughters of the Republic”, the podcast of the De Gasperi Foundation
Next articleOrange: the touching goodbyes of Stéphane Richard – Univers Freebox