MELBOURNE – Slovak tennis player Kristína Kučová made it to the 2nd round of singles at the Australian Open grand slam tournament in Melbourne. In the opening round, she defeated Japan’s Misaki Doi 6: 3, 7: 5 and repaid her defeat from the January WTA event in Adelaide. Her next opponent will be the Romanian Sorana Cirsteová, who eliminated the twentieth Czech Czech Petra Kvitová 6: 2, 6: 2.

With Cirste, the new Slovak women’s singles unit has a negative balance of 0: 1. Five years ago, she lost to her in three sets at a tournament in Shenzhen, China. “I’ve known Cirste since I was a junior and I’ll try to prepare for the match as best I can. I feel good physically, I’m better acclimatized than in Adelaide,” said Kučová, who advanced to the 2nd round of the Australian Open, equaled her maximum at the inaugural event of the Big Four in 2017.

In Melbourne Park, he already has a certain premium of 154,000 Australian dollars before taxes and 70 points in the WTA world rankings. “I’m glad I won the opening match and repaid Doi’s loss from Adelaide, where it was three sets. I don’t like rivals who play in such an unpleasant style and spin it,” she told Slovak Radio.

Gombos also advanced to the second round

Slovak tennis player Norbert Gombos made it to the second round of singles for the first time in his career at the Australian Open grand slam tournament in Melbourne. In the opening round in the duo of two qualifiers, Kazakh defeated Timofej Skatov 6: 3, 6: 2, 1: 6, 6: 4. His next opponent will be the finalist from 2018 Croatian Marin Čilič set as number 27.

In the first two sets of the match with Skatov, Gombos benefited from quality service and was able to use breakballs at important moments. In the third act, the Kazakh player mobilized and gained it clearly in his favor. He led 4: 2 in the fourth set, but Gombos played four games in a row in the next few minutes and crossed the first hurdle in Melbourne on the fourth attempt. 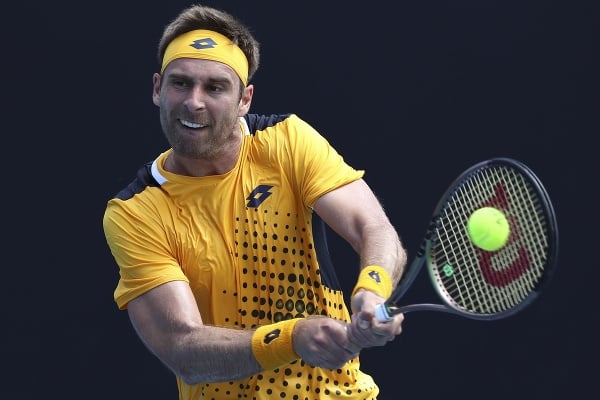 In the 2nd round, Čilič awaits him, with whom he played an even match at the US Open in 2020, but in the end he lost in four sets. On Tuesday in Croatia, the Croatian won over the Ecuadorian Emilio Gomez smoothly 6: 3, 6: 1, 6: 2.

Gombos was very happy with the victory over Skat. “In the first two sets I played flawlessly, everything worked out for me. Then the wind picked up and the opponent got caught. After the third set I said to myself that I had to be calm and let the opponent make the game. Skatov gradually made mistakes and I managed to turn from 2: 4 and 6: 4, “ stated the trustee of Tibor Tóth for Slovak Radio.

Slovak tennis player Alex Molčan made it to the 2nd round of singles at the Australian Open grand slam tournament. In the premiere in the main competition in Melbourne, he defeated the Russian “lucky loser” Roman Safjulllin 6: 3, 7: 6 (9), 5: 7, 7: 6 (6). The best Slovak singer was originally to compete against the eighth seed Casper Ruud, but Norwegian resigned from the tournament due to a member’s injury.

Molčan learned about the opponent’s change at the last minute, but it did not distract him. At the beginning of the duel with Safjullin, he built a 3-0 lead after a quick break and the first set became his loot. In the second act, the Russian led 5: 2, but Molčan managed to equalize at 5: 5 and force the secretary. Karol Beck’s protégé did not use three sets in it at 6: 3, but in the dramatic ending he finally celebrated success. 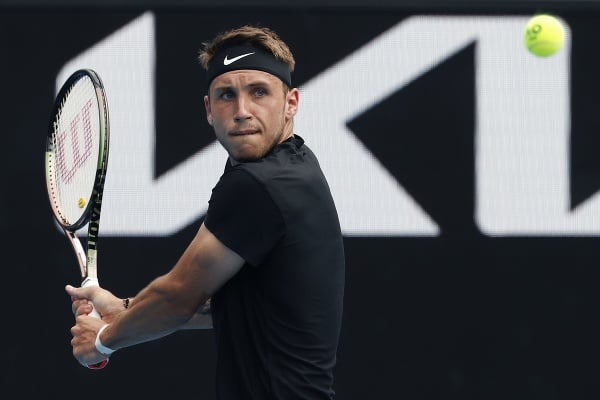 The fate of the third set was decided by Safjullin’s break at 5: 5. Molčan then asked for a medical time out and had his thigh treated. In the fourth act he had the upper hand again, in the eighth game he broke the opponent’s serve and in the state of 5: 3 he went to serve for the victory in the match.

However, Sajfullin countered the ribs, equalized to 5: 5 and the decision was made in the secretary. In his introduction, Molčan bounced back to Rus to 5: 1, but he turned 6: 5 and had a match. However, the Slovak Davis Cup national team subsequently won three balls in a row. In the 2nd round, the Spaniard Pablo Andujar awaits him.

Photo gallery for the article
Number of photos: 13

Several Western leaders, such as Emmanuel Macron and Joe Biden, will close the G7 summit in Germany this morning...

Guilty of a bad gesture during the group match against Saudi Arabia, Zinedine Zidane lived intensely the round of...

ONLINE: NATO will significantly increase the number of troops in the Rapid Reaction Force TVNOVINY.sk TVNOVINY.skZelenskyj wants the...

Several Western leaders, such as Emmanuel Macron and Joe...
World

Guilty of a bad gesture during the group match...