VIDEO Petra Vlhová revealed her preliminary program at the Olympic Games: Will she be a flag bearer in Beijing? – Športky.sk

ZAUCHENSEE – Slovak skier Petra Vlhová is satisfied with her performance in speed disciplines.

Over the weekend, she premiered the season and super-G World Cup in Zauchensee, Austria, to test both competitions ahead of the upcoming Winter Olympics. However, they are unlikely to go both in Beijing. “I don’t think we’ll go downhill and the Super-G is open,” she said.

Vlhová took 26th place on Saturday, and finished 18th on Sunday. She took the number 4 on the super-G track and tried to run aggressively from the beginning, she was the first in the third time and attacked a good position, but in the final section she made a mistake and came to the finish with a loss of 90 hundred seconds to the winning Federica Brignone. from Italy. She scored 13 points in the evaluation of the World Championships and in the overall ranking she came again from the second place to the leader Mikaele Shiffrin, who did not start in Zauchensee. After Sunday, she loses only 37 points to the American. 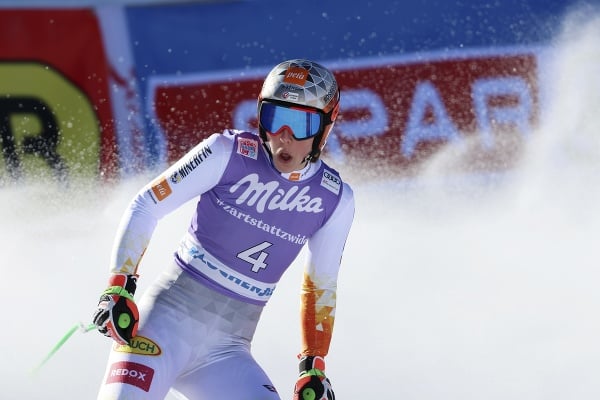 A huge mistake cost her a lot

“I made a huge mistake where we come out of the forest and I spent an awful lot of time there. It’s a good result, but from how I felt, what a mistake I made and where I am, I’m very angry. It cost me a lot “It was already a gentle level and a drive-in to the last section. I wanted to do better, but in the end it turned out like this.” said Vlhová in an interview for RTVS.

The overall winner of the World Championships from last season took the race in Zauchensee mainly as a preparation for the Olympic Games, so she leaves Austria satisfied: “I think it served the purpose we went here, so I feel good. I was doing very well for not being on the super-G skis for a long time. I went to the first races of the season, so it’s good. But when I had such good split times, it freezes that I made a big mistake there. “

Before the start of the Winter Olympics, Vlhová will perform in Kronplatz, where a huge slalom is on the program on January 25. Participation in Garmisch-Partenkirchen (January 27-30) was temporarily excluded, the congress and super-G in Cortina d’Ampezzo (January 20-23) are questionable.

She revealed a preliminary program at the Olympic Games

She will fly to Beijing on January 30 and also revealed her preliminary program for the Olympic Games: “Technical for sure, we will definitely go the combination and then we’ll see what those speed disciplines are. I don’t think the downhill will probably go and the super-G is open. Actually, it’s not such an open topic in our team yet. I’m a person who doesn’t deal very things go ahead, so we decide there and how it goes. “ She hadn’t even considered whether she might be a flag bearer in Beijing: “I’m not that far yet. It would certainly be an honor for me, but first of all I’m going there because of the race.”

At the moment, he is most looking forward to having a few days off after a demanding two months and relaxing. “The end of December and January were very demanding and I’m already feeling a little tired. That’s why I’m going to rest now and regain my strength until the last part of the season. It was all challenging, so I’m looking forward to the rest.” said Vlhová in the video of the Slovak Skiing Association (ZSL).

The symptoms are initially similar to the flu. Smallpox monsters that scare Europe may also appear in our country TVNOVINY.sk – TVNOVINY.sk

The trick is simple, the scam is certain. Calibrating the odometers remains a popular activity among dishonest second-hand...

New evening event this Thursday, May 19, 2022. After a remarkable passage on the Croisette for the Cannes Film...

If anyone felt that the premiere of the film Top Gun, even with the presence of the French squadron,...

The symptoms are initially similar to the flu. Smallpox monsters that scare Europe may also appear in our country TVNOVINY.sk – TVNOVINY.sk

If anyone felt that the premiere of the film...