Between the Xbox and the PS5, France chose the Nintendo Switch – Frandroid

The sales figures for consoles in France reveal the extent to which Nintendo dominates the market thanks to the Nintendo Switch. 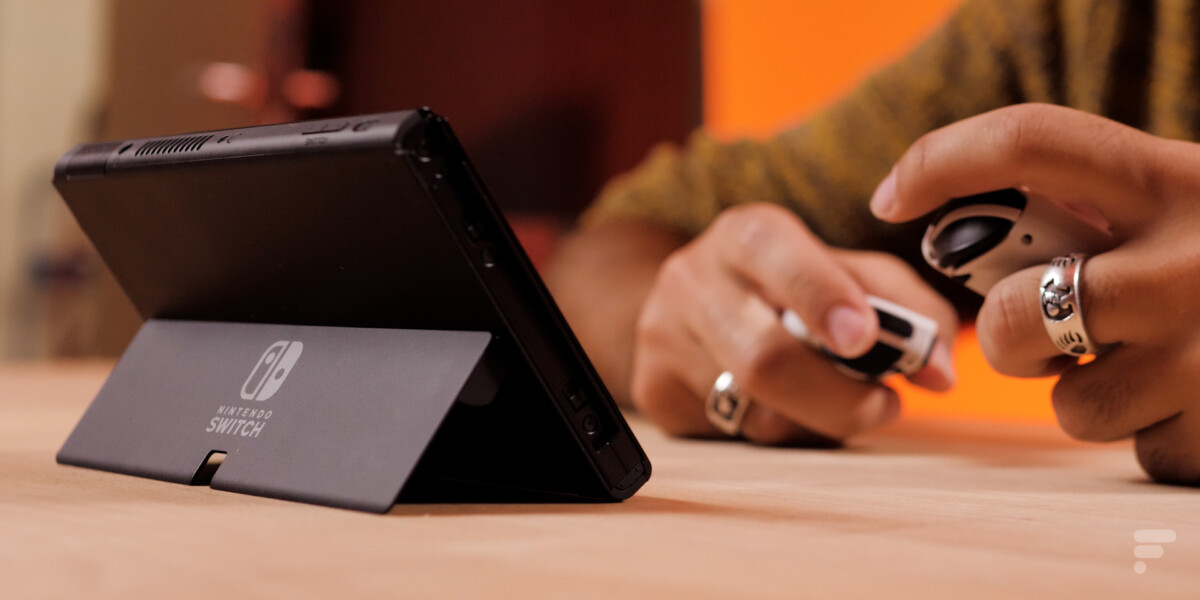 Microsoft and Sony have launched their new game consoles for a little over a year: PlayStation 5 and the Xbox Series S and X-Series. Journalist Oscar Lemaire was able to obtain the sales figures for consoles in France in 2021 for the Ludostrie site. The opportunity to draw up an objective assessment of the market in France, with precise data. We can see that between the two giants who oppose each other through their fans on the web, it is actually Nintendo who is doing well.

One in two consoles sold is a Switch

The site reveals that Nintendo was able to sell 1,231,000 Nintendo Switch consoles in 2021, which brings the total to nearly 6 million consoles sold in France since the launch of 2017. With such figures, the console is in fact the one of the most popular to have set foot on French soil, on a par with the Wii and the PlayStation 4, even though it has not yet ended its life.

More concretely, the Nintendo Switch represents 57.52% of home console sales in 2021. Sony and Microsoft must therefore share the rest of the market. Unsurprisingly, the PlayStation 5 comes in second place with 29% of the market. Microsoft ends the race with just 11% of sales for the Xbox Series. The PlayStation brand has always radiated historically in France and the launch of these new consoles demonstrates this once again. 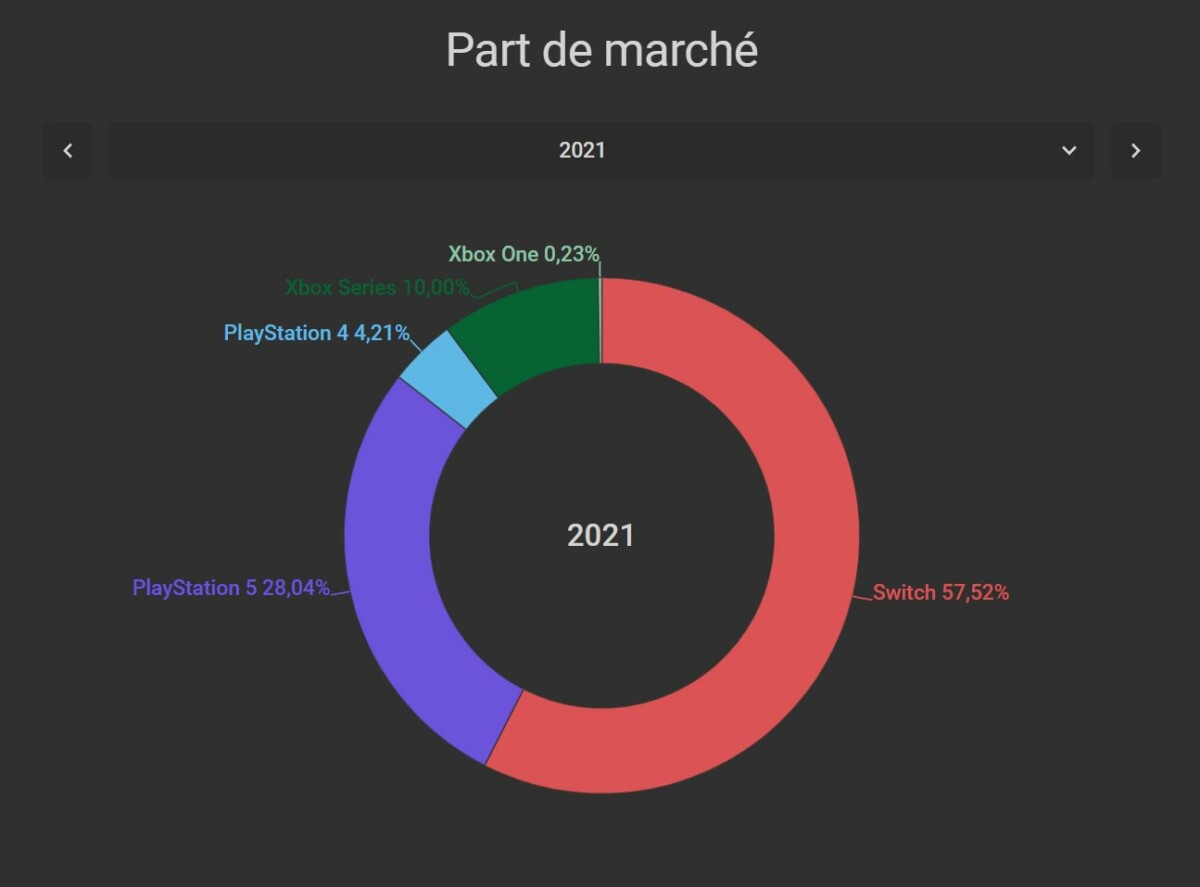 Unlike the rest of the world, the new PS5 and Xbox Series consoles are selling worse than the PlayStation 4 and Xbox One in their time due to lack of stock. Remember that this is not true on the international market: the Xbox Series had a record year and the PlayStation 5 follows the same trend despite the shortage.

Xbox Series S or X? PS5 with reader or not?

Looking closer at the sales figures, it is interesting to know what consumers have chosen between the different models offered by Sony and Microsoft. Thus, the classic model of PlayStation 5 with disc drive represents 85% of PS5 sales. Fortunately, because the model without disk drive is really less interesting.

On the Xbox side, sales are much more balanced with an Xbox Series S at “just over 50%”. With its aggressive price of 300 euros, its discreet design and the association with the Xbox Game Pass, the small console from Microsoft is much more interesting. However, it’s a safe bet that the popularity of the Xbox Series S is explained by the lack of stock of the Series X. The small console is much easier to find and buy while the Series X has only been available intermittently in 2021.

Only with the end of the scarcity will we be able to truly gauge the popularity of each console. In the meantime, it is Nintendo with an easier-to-produce Switch, popular games and a more competitively priced console that can best cope and gain popularity.

The coaches kept him on the bench. Volko gave up football and stardom – PRAVDA.sk

He has a complete medal collection from the European Indoor Championships. Although Ján Volko did not extend it...

Extreme weather with storms in the Center-North and 45 ° C in the South: the forecast

Italy divided in two from the point of view of weather forecasts, with 45 ° C in Sicily and...

Liz Cheney, front runner of the Republican internal minority opposing Donald Trump in Congress, was defeated in the GOP...

Monkey pox: For the first time in the world, a case of transmission from man to dog if… – Le Blog de Jean-Marc Morandini

The first suspected case of human-to-dog transmission of monkeypox has been reported in Paris, according to an article published...

Violent thunderstorms hit the city this Wednesday morning and...
World

The coaches kept him on the bench. Volko gave up football and stardom – PRAVDA.sk

He has a complete medal collection from the European...
World