DIRECT. Covid-19: the vaccine pass for final reading at the Assembly on Sunday afternoon

Find here all of our live #COVID_19

11:37 : In this anti-vaccination pass rally, a team from Agence France-Presse was threatened with death and attacked and one of the security guards protecting it was injured in the head, as we explain to you in this article. This demonstration in Paris was notably organized by the movement Les Patriotes de Florian Philippot.

11:33 am : Paris, France. About 200 neo-Nazis, arms outstretched, in the middle of the street, at the heart of the anti-pass demonstration. Everything is fine. https://t.co/0Z75iF1GBn 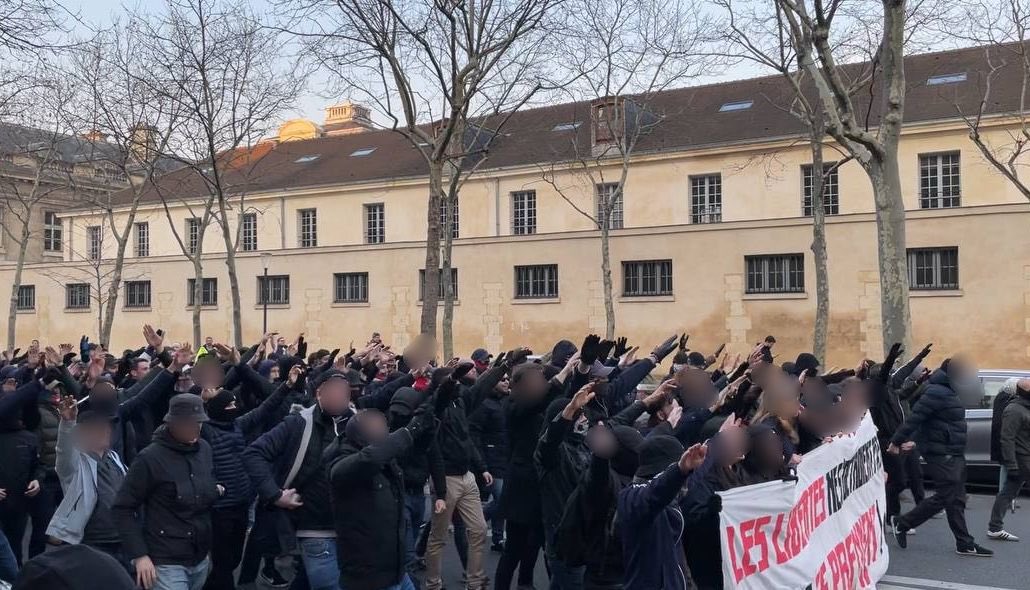 11:35 a.m. : Hello @Hugo. I was not there, but a journalist broadcast on Twitter a photograph of the demonstration where a number of demonstrators hold out their arms raised high. She said the footage was picked up from a Telegram chat between far-right activists. For the moment, I cannot find any other images of journalists present at this demonstration and who would have captured this scene.

11:32 am : During the “pride march” yesterday in Paris, 200 far-right demonstrators reportedly carried out Nazi salutes (or Kuhnen salutes). Can you confirm this for us? Thank you.

10:58 : Vaccinated English tourists can return to France without compelling reason since Friday. This is a breath of fresh air for ski resorts, which have suffered from the absence of British tourists, explains to franceinfo Marlène Giacometti, director of the Ménuires and Saint-Martin-de-Belleville tourist office in Savoie.

10:55 : Actors from the world of health or medico-social and associations of elected officials and patients send an open letter to the candidates for the presidential election inviting them “to a public debate on the future of our health system”. The subject of health “remains insufficiently treated”, believe the signatories of the letter published by the JDD. They call “to a democratic debate, accessible to all on the future of the health system on the occasion of the two years of the health crisis”, which is March 17.

10:34 am : At Saint-Antoine hospital, a specific team is responsible for freeing up beds to accommodate Covid-19 patients. They must identify patients who are fit to leave but have no accommodation solution. Reporting. 10:09 : Guest of franceinfo this morning, the ecologist Sandrine Rousseau explains that she asks “more than ever” the resignation of the Minister of National Education, Jean-Michel Blanquer, whom she accuses “total incompetence” in its management of the health crisis at school. National education staff went on strikee massively last Thursday against the waltz of health protocols linked to Covid-19.

09:33 : After two weeks of debate on the vaccination pass in Parliament, the bill must be definitively voted on this afternoon in the National Assembly. “The vaccine pass will come into force as soon as possible”, declares this morning on franceinfo the Minister Delegate in charge of Autonomy and Departmental Councilor of Pas-de-Calais, Brigitte Bourguignon.

• Djokovic will therefore be deprived of the Australian Open. The Australian Federal Court has rejected the appeal brought by the world number one tennis player against the cancellation of his visa and his expulsion from the country.

• The Senate voted yesterday evening in second reading the text implementing the vaccine pass, with some modifications. The last parliamentary round is expected in the afternoon at the Assembly.

• A lull seems to be taking shape. Hospitalizations for Covid are down slightly for the third day in a row, according to official figures released last night.

• Jean-Luc Mélenchon holds this afternoon in front of 3,000 people in Nantes a meeting “immersive and olfactory”, a new experiment in political activism.

PSG consolidates its place at the top of the rankings after a quiet victory against Brest (2-0). This afternoon, the 21st day of Ligue 1 continues with Rennes-Bordeaux in particular at 1 p.m.

The Ibex-35 adds its seventh session of increases and consolidates 8,300 points after this respite in the upward spiral...

Russian strikes on the town of Bakhmout, located near the font in eastern Ukraine, left at least six dead...

Heger and Matovič are negotiating with representatives of health workers in a dignified way, claims the party Hlas – Topky.sk

"I consider it crazy that this government is unable to accept a decision and a solution and needs further...

Once a year, between July 14 and September 1, Earth passes through the vast tail of debris left behind...

The testimonies of those (still) undefeated to covid-19 after more than two years of pandemic: luck, genetic immunity or vaccination?

Myriam Domínguez (CNN Spanish) -- With prevention measures and vaccines, it seems that we are leaving behind the worst...

The Ibex-35 adds its seventh session of increases and...
World

Russian strikes on the town of Bakhmout, located near...
World

Heger and Matovič are negotiating with representatives of health workers in a dignified way, claims the party Hlas – Topky.sk

"I consider it crazy that this government is unable...