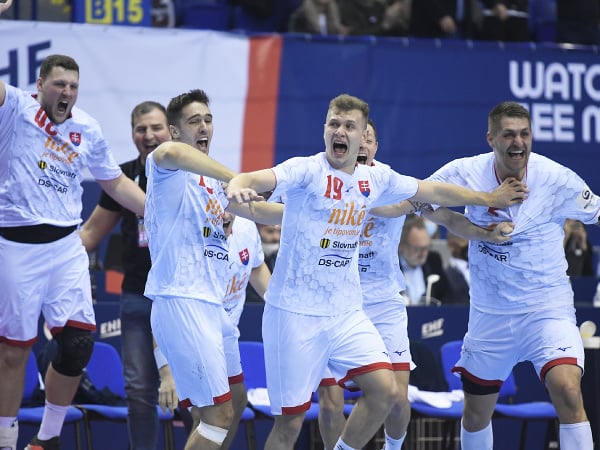 KOŠICE – Handball players of Slovakia are still in the game to advance to the main stage of the home European Championships. On Saturday, in an important duel of the F-group in the Steel Arena in Košice, they dealt with Lithuania at 31:26 and recorded their historically first victory at the European Championship.

The Slovaks in the line-up and their returnee Rábek started promisingly – after less than half a minute, Prokop pushed through his team’s first attack, then Žernovič “enchanted” in the goal and after two precise hits by Urban, the home team led by three goals at the beginning of the 8th minute 5: 2. Kukuček’s team acted compactly in defense, in front they responsibly prepared positions for the end and Potisk increased to 7: 3 in the 11th minute. In the stormy atmosphere of the Košice hall, the Slovak team maintained a four-goal lead, but after the exclusion of Slaninka, the Lithuanians approached the difference of two (9: 7). However, the home team were “awakened”, Hruščák took the shoulders on the offensive and when Prokop pushed through the cannonball in the 24th minute, his team led by a four-goal lead by a significant goal of 13: 7. At the end of the half, Žernovič eliminated the seven biggest star of the opponent Malašinskasa and then another in the service of Plet and thanks to him, the Slovaks went on a break with a plus of seven goals (15: 8).

Kalafut scored the first goal of the second act, weakening himself with a shot across the entire field into an empty goal. In an effort to reverse the unfavorable development, the Lithuanians visibly accelerated the transition to the attack and in the 40th minute, after a bad substitution of the home team, they approached after the goal of Captain Babarskas by a difference of five goals – 16:21. The Slovaks were pushing harder and harder to attack, and again, a moment later, Babarskas pressed the opponent’s lead to four goals, so the home coach had to regulate the time-out. Immediately after him, he calmed his teammates with a Slaninka goal, with a great intervention by Žernovič and Rábek increased it to 23:17 in the 44th minute. The Lithuanians did not lay down their arms and dramatized the ending, after an accurate shot by Petreikis it was only three goals 24:21 in the 48th minute. However, the Slovaks managed the end – they did not lose their heads, they played concentrated and even thanks to the interventions of the second goalkeeper Paul, they further emphasized their lead. Slaninka struck a 30 meter free kick home 54 minutes into the match. Less than three minutes before the end, the Lithuanians still managed to get a difference of four goals (24:28), but they no longer got a chance to think about the points. 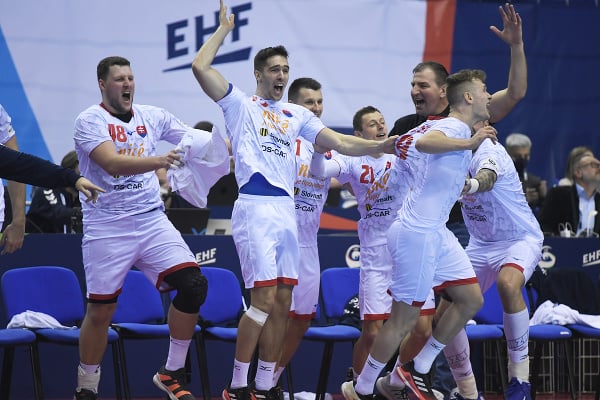 The Slovaks scored the first two points in the table and will fight for the promotion place in a direct duel with Russia on Monday at 6 pm. Coach Petr Kukučka’s charges previously lost in the first match with the favored Norway 25:35 on Thursday. Two teams from the basic group fight their way to the main stage.

Only during their fourth participation in the European Championships and in the eleventh match between the European elite did the Slovak national team achieve their first victory, so far they have nine losses and a single point for a draw 21:21 from the duel with home Serbia at the 2012 European Championships. they ended a two-year ten-match series of losses on the international stage.

next program of F-group matches: