Men who live alone have a higher risk of inflammation, according to a study 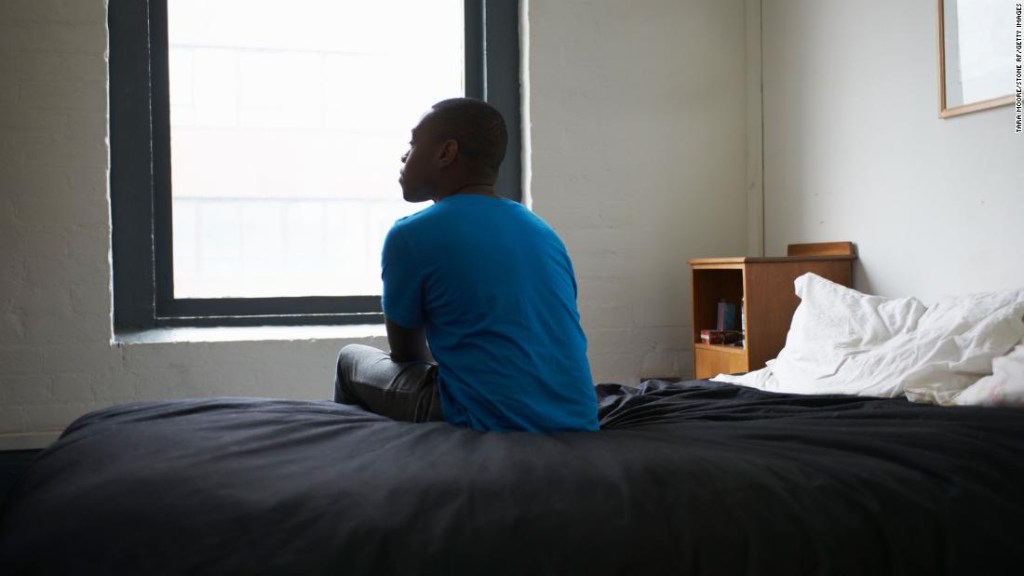 There are governments that study how to increase happiness 2:42

(CNN) — The singles lifestyle may not be all it’s cracked up to be.

It’s previously been shown that years of living alone can have deleterious effects on a person’s health, and a new study published Monday shows that at least one of those impacts can be particularly bad for men.

The study analyzed blood samples from 4,835 participants from the Copenhagen Biobank of Aging and Midlife to examine levels of inflammation.

“We found a significant association between partner breakups or years lived alone and inflammation in men only, after adjustment for selected confounders,” said Dr. Karolina Davidsen, a research associate in the Department of Public Health of the University of Copenhagen and author of the study publication. “In women, we found no such effect,” he said.

The study published in the BMJ magazine, looked at years living alone and the number of breakups because the end of meaningful relationships is often followed by periods of living alone, the researchers wrote. Looking at divorce alone wasn’t enough to track partner loss due to the growing number of people who are in meaningful relationships but don’t marry, according to the study.

The connection between feeling lonely and adverse health impacts has been well documented, said Dr. Peter Libby, a cardiovascular medicine specialist at Brigham and Women’s Hospital, who was not involved in the study. This study strengthens the link experts saw between the nervous system and inflammation, which contributes significantly to heart disease, Libby said.

“There is a growing understanding of the fundamental links between psychological stress and biological variables related to inflammation,” Libby said.

The women who participated in the study did not show a strong association between living alone or having many breakups and inflammation, but Davidsen noted that this may be due in part to the smaller number of female participants compared to the men involved in the study.

Inflammation levels in the participants might also have been different had they been measured at older ages, Davidsen added. The average age of those studied was 54.5 years, and it’s possible that the impacts of breakups and years lived alone would have continued as the participants aged, he said.

The women in the study didn’t see the same connection between living alone and inflammation.

being alone and feeling alone

What is someone who lives alone supposed to do, either by choice or by circumstance? Davidsen said knowing that information can be valuable to the doctors who treat them.

“One (suggestion) might be to advise health professionals to be aware of this at-risk group who might be living with an additional societal risk factor that is not usually taken into account,” he said.

Knowing that the risks of inflammation can be increased, Libby said she advises patients to strive for a healthy lifestyle.

“When facing adversity of any kind, regular physical activity and a healthy diet can support both psychological and biological well-being,” Libby added.

Like most things, living alone has its risks and benefits.

Loneliness has been linked to reductions in health, well-being, and cognition, but living alone doesn’t always mean being alone.

In recent years, research has shown that more people are unmarried and living alone, and yet data has revealed that loneliness declined from the age of 50 to the mid-70s, said Louise Hawkley, a senior scientist at the organization nonpartisan NORC research group at the University of Chicago. Hawkley was not involved in the inflammation study.

According to 2019 Hawkley investigation, a diverse social network, as well as a sense of control over one’s life, have a significant impact on how lonely a person feels.

For some, being single is even an advantage, according to Elyakim Kislev, an assistant professor at the Hebrew University of Jerusalem.

Kislev analyzed databases from the United States and Europe, including the US Census Bureau and the European Social Survey, as part of an examination of trends in singleness and what makes some singles happy.

He studied relationship customs in more than 30 countries and conducted more than 140 interviews with single people in the US and Europe, people between the ages of 30 and 78 who collectively represented a mix of genders, sexualities, and socioeconomic backgrounds and ethnic.

It found that the key differences between happy singles and unhappy singles generally depended on whether they internalized stereotypes about singleness or ignored them.

The loneliness of some happy singles was also offset by seeking out exciting experiences, such as traveling or finding new hobbies. They used their time alone to “recover” and “strengthen themselves by focusing on themselves right now,” Kislev said.

The latest study may shed light on the risks of men living alone, but health is multifaceted and managing risk factors, maximizing wellness, and treating patients with swelling that arises with the help of their doctor can help lead a healthy life, Libby said.

Vaccination against Covid-19: NGOs and a group of millionaires call for the richest to contribute – Le Monde