Prime Minister Heger has doubts about the agreement with Russia: A rough LINK to Žilina! I stop understanding him – Topky 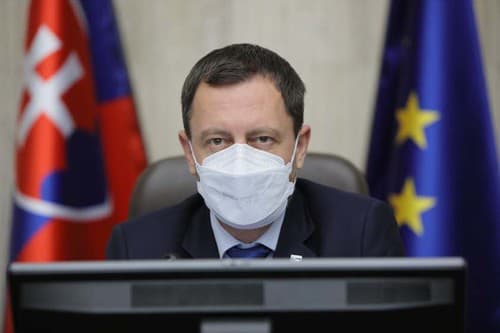 “We often talk to EU leaders about disrupting our cyberspace and talk about how to protect ourselves from threats and, unfortunately, these threats also come from the Russian Federation. This raises even more doubts in me.” he said on the margin of the agreement, which Žilinka announced after criticizing his trip to Russia.

Archive VIDEO Attorney General should cancel trip to Russia: This is the first 7419 reasons why

Remišová has a clear message for the head of GP: Žilinka should be prosecuted! He trampled on the values ​​of human rights

Heger said that we should not celebrate with countries that have difficulty respecting fundamental rights and freedoms, escalating military tensions or undermining the territorial integrity of another country. So far, he has not said whether Žilinka should be disciplined. In my own words, however, I do not understand why he wants to be a shield in the hands of the opposition. He recalled that his primary task was to oversee justice.

Heger said it was just a framework agreement

On the margin of the defense agreement with the US, he declared that it was only a framework agreement. “The US military cannot bring anything to Slovakia under the framework agreement,” stressed that the treaty only regulates the general conditions and that they will be used to negotiate possible future agreements, which will still be approved by the government and parliament. He noted that there are currently, for example, 20 or 30 Russian soldiers in Slovakia. “They take care of four planes, four migas. These soldiers have free movement in Slovakia and it costs us 50 million euros a year,” underlined.

He reminded that the treaty began to emerge during the previous government. He stressed that his cabinet has managed to achieve better conditions in comparison with other countries. He called criticism of the current opposition hypocrisy. He noted that it was the previous government that decided to buy American fighters, and for them we need to reconstruct the airports, for which the USA should provide Slovakia in accordance with the agreement.