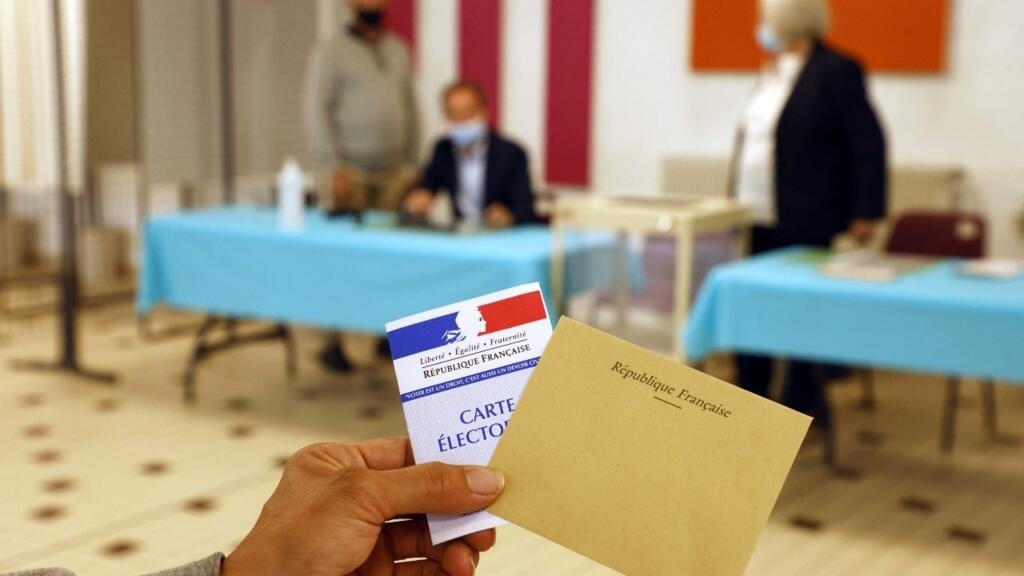 People’s Primary organizers announced Saturday the candidates who will be up for voting Jan. 27-30. For the occasion, voters will have to familiarize themselves with a particular voting method: majority judgment.

After several weeks of procrastination, the list of candidates for the popular Primary, which will be held from January 27 to 30, 2022, was presented on Saturday January 15 by the organizers. They are seven in total: there are those who present themselves with enthusiasm – Anna Agueb-Porterie, Charlotte Marchandise, Christiane Taubira and Philippe Larrouturou – and those who find themselves embarked despite themselves – Anne Hidalgo, Yannick Jadot and Jean -Luc Mélenchon, all three having declared that they would be candidates for the presidential election whatever happens.

Whether they like it or not, all will be subject to the vote of voters registered on the platform – more than 110,000 people currently. The latter will determine which left-wing candidate is the most legitimate in their eyes to run for the presidential election (April 10 and 24) using an innovative voting method: majority judgment.

Imagined in the early 2000s by two researchers from the National Center for Scientific Research (CNRS), Michel Balinski and Rida Laraki, the “majority judgment” aims to remedy the perverse effects of the current presidential voting system.

“The first-past-the-post two-round ballot that we use forces voters to choose a candidate without this vote necessarily being a vote of membership”, deplores to France 24 Chloé Ridel, co-founder of the association Mieux Voter, which campaigns since 2018 for Majority Judgment. “Voters vote by default, or vote against, or vote useful. And they cannot say what they think of the other candidates. Result: abstention and the blank vote are constantly increasing and the winner is elected without collecting support of the majority of the population”, she continues.

“Speaking to as many people as possible”

Proponents of majority judgment like to cite the example of the 2002 presidential election, marked by the accession of Jean-Marie Le Pen to the second round and the elimination of Lionel Jospin in the first round, in particular because of the multiplication of candidates on the left. But with the majority judgment, according to them, the socialist candidate would have won.

The reason ? With such a system, voters are invited to express their opinion on all the candidates by awarding them a mention. A method which makes it possible to assess several applications and to judge them with nuance, without them canceling each other out.

“All the candidates are evaluated independently of the others and, in the end, the best evaluated wins the election, explains Chloé Ridel. In this way, there is no longer any useful vote, and the blank vote no longer has any reason. to be, since you can, if you wish, reject everyone Finally, the majority judgment obliges the candidates to address the greatest number when the current voting system encourages the polarization of the political debate and does not obliges to speak only to 20% of the electorate to access the second round.

The divisive candidacies out of the game

Within the framework of the popular Primary, five mentions will be proposed: Very good – Good – Fairly good – Passable – Insufficient. After the votes, the majority endorsement of each candidate is calculated: this is the endorsement dividing the electorate into two equal parts, called the “median endorsement” – and the one with the better endorsement wins the election.

One consequence of this voting method is that it almost automatically eliminates the most divisive candidates. An OpinionWay poll conducted in December tested the two voting methods on respondents: Éric Zemmour finds himself in last position with majority judgment, while he obtains 12% of voting intentions according to the current voting method. Conversely, Arnaud Montebourg, credited with 1% of voting intention, goes back to third place thanks to majority judgment, behind Valérie Pécresse, winning data, and Emmanuel Macron.

In the event of a tie, that is, if two candidates get the same rating, Majority Judgment favors the largest set of voters among those who think the candidate was worth more, or less, than its majority mention. Thus, to decide between Valérie Pécresse and Emmanuel Macron, who both obtain a “passable” mention in the example below, it is the block of voters judging candidate LR positively (46% of voters) who obtains a gain of because it is more important than the other three blocks (a 37% block judging it negatively, a 43% block judging Emmanuel Macron positively and a 43% block judging him negatively).

“Majority judgment can make abstainers want to come back to express their opinions at the ballot box, assures Chloé Ridel of the association Mieux Voter. And moreover, we were auditioned at the National Assembly by the fact-finding mission on abstention and it proposes in its conclusions to experiment with majority judgment for consultations carried out at the local level.

In the meantime, Majority Judgment is slowly being emulated. It was tested for the first time in France in 2016 by LaPrimaire.org, an initiative to nominate a citizen candidate for the 2017 presidential election. More than 33,000 voters took part in the vote. La République en Marche also used this method in 2019 to appoint its local representatives. The City of Paris subscribed to it in 2021 to decide between the projects of its participatory budget, 106,000 people having taken part in the vote. And with the life-size test of the popular Primary, it is a new spotlight that will benefit Majority Judgment.