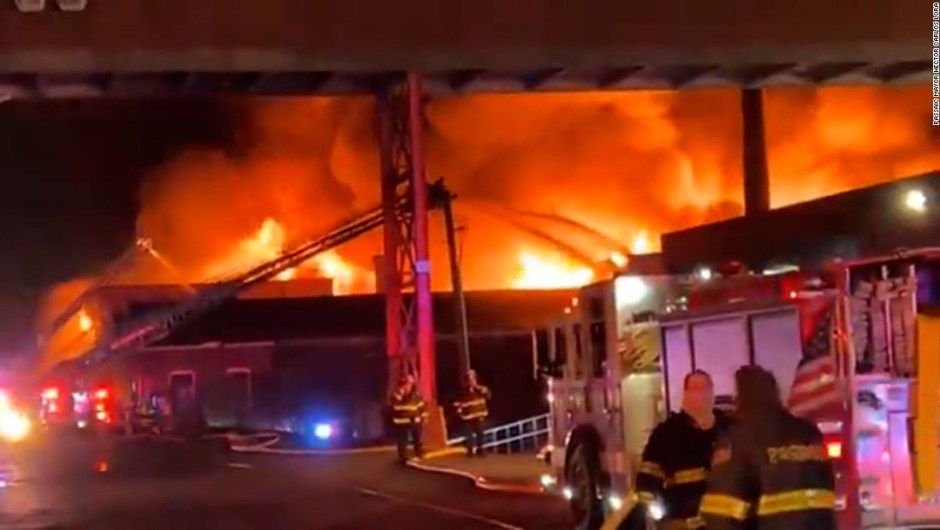 (CNN) — Firefighters battled a massive 11-alarm fire Friday night at a chlorine-making chemical plant in New Jersey that could be seen from miles away and prompted air quality warnings for the region.

One firefighter was injured by debris and was transported to the hospital, Fire Chief Patrick Trentacost Sr. said during a Facebook Live briefing by Passaic Mayor Hector Carlos Lora.

Authorities said multiple structures were on fire at the Qualco Chlorine building, a company that manufactures chlorine for swimming pools. The facility has a combined production space of 9,290 square meters, the mayor said.

A “part of the building had chlorine in it, that appears to be under control at this point,” the fire chief said. “We’ll be monitoring that through the night as well.”

Most of the building where the fire started has collapsed, the fire chief said.

Previously, Lora urged residents living near the fire to keep their windows and doors closed.