Double car accident: PHOTO The driver got out of the car after the accident, he was hit by another! He ended up with severe injuries – Topka 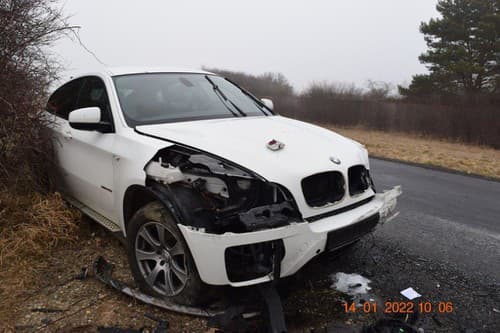 The driver, who got out of the car after the crash, was caught by another vehicle, which also slipped on a frozen road. The Regional Directorate of the Police Force in Banská Bystrica informed about it on the social network.

The injured driver was taken to hospital with severe injuries

“The driver of the vehicle slipped on a frozen road and crashed into a concrete culvert. Another vehicle, after slipping, crashed into a crashed car and caught the driver getting out of the car after the accident,” the police explained.

The accident is still under investigation. The injured driver was taken to the hospital with severe injuries, where he was bled to control his alcohol consumption. “Alcohol was not detected in the other driver,” police added.