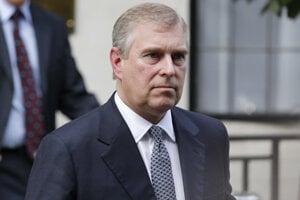 Prince Andrew faces a lawsuit in the United States for sexual assault.

LONDON. The British Prince Andrew, who is facing a civil lawsuit in the United States by the American Virginia Giuffre in connection with the allegations of sexual assault, has renounced all his honorary military ranks, as well as royal patronage over charities.

He announced it on Thursday Buckingham palace, writes the AFP agency.

“With the Queen’s consent and in agreement with her, the military ranks and royal patronages of the Duke of York were returned to the Queen (Elizabeth II),” the statement said.

The decision came after more than 150 veterans of the armed forces sent the Queen a letter requesting the removal of Prince Andrew of all his military titles, according to the AP agency.

Prince Andrew, the queen’s second son Elizabeth II, he will defend himself as a private person in the mentioned case of sexual harassment, the palace in London added.

Giuffre claims that at the age of 17, the now deceased billionaire and convicted pedophile Jeffrey Epstein and his girlfriend Ghislaine Maxwell “dragged” her into Europe and forced her to have sex with their rich and influential acquaintances, including Prince Andrew.

She sued him in August for allegedly sexually assaulting her in 2001 when she was 17 years old. According to her, the attacks took place in properties belonging to Epstein and Maxwell. A New York judge on Wednesday rejected Prince Andrew’s request to overturn Giuffre’s lawsuit.

Prince Andrew has long denied the allegations, claiming he had never had sex with Giuffre. Although the prince has not yet been charged with a crime, he was deprived of all the duties of a member of the royal family in 2019 due to a scandal surrounding his friendship with Epstein.