The Assembly adopts the bill on the vaccination pass with modifications 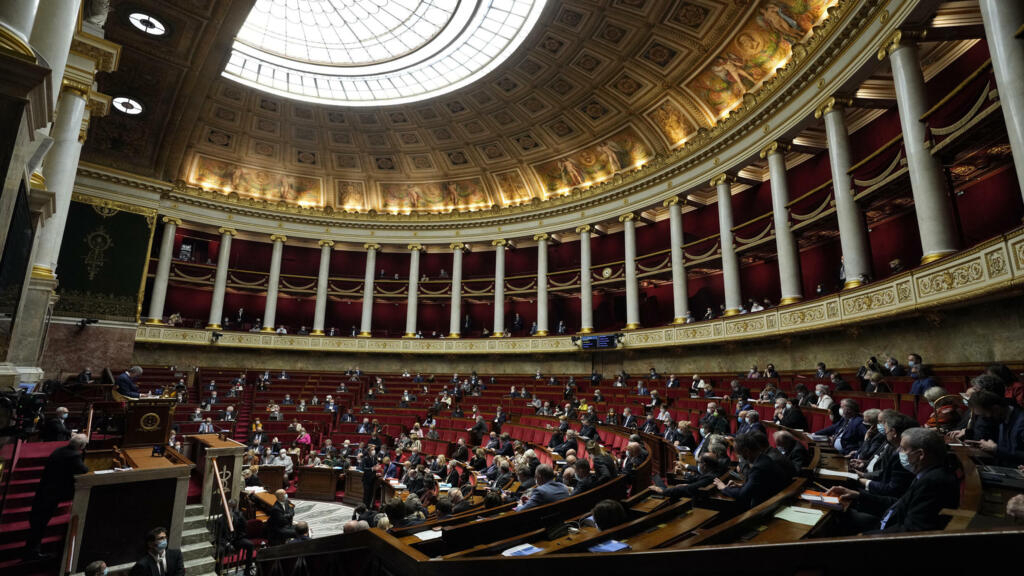 The text of the law on the establishment of a vaccination pass in France was voted by the National Assembly on the night of Friday to Saturday at second reading with several changes, in particular an exemption for children between 12 and 16 years old. The bill must pass through the Senate, before a final validation by the deputies on Sunday.

French deputies adopted, without surprise, the controversial bill transforming the health pass into a vaccine pass at second reading, Saturday January 15, after a night of debates which will continue in the Senate during the day.

Started on December 29 in committee, the marathon of this twelfth health emergency text since March 2020 will end on Sunday afternoon, with a final vote by the National Assembly, at the end of a chaotic course marked by hiccups, controversies and twists.

Started at 3 p.m. on Friday, the second reading of the text with the examination of nearly 450 amendments ended around 4 a.m. with adoption by 185 votes for, 69 against and 8 abstentions, in an electric atmosphere.

No vaccination pass between 12 and 16 years old

After the resounding failure of a compromise with the Senate, the deputies worked on a version of the bill close to that passed last week in first reading, but with certain modifications, sometimes inspired by the examination in the Senate dominated by the right. Main change: the vaccination pass will no longer apply to adolescents between 12 and 16 years old, who are still subject to the health pass.

“Verification of the identity match” with the pass, reinforcement of sanctions against false passes, possibility of making access to political meetings subject to the presentation of a health or vaccination pass… The debates stumbled on the same provisions as at first reading, without the government and majority changing course.

The opponents of the text did not disarm, like the elected LFI who defended in vain a motion of rejection beforehand against a text of “constraint”. They scrapped on each of their amendments, multiplying the scratches against the majority and the executive, with the key to regular rises in tension.

Accused of “political maneuvering” with this text, LREM and its allies have highlighted their “responsibility” and underlined the divisions at LR according to the votes. The LR group voted overwhelmingly in favor of the bill but is divided on the text with 26 votes for, 14 against and 7 abstentions.

The left largely voted against, including the socialist group (9 against and 3 for). Far-right deputies also opposed the text, with the exception of Emmanuelle Ménard.

The bill which was initially to be implemented from this Saturday, to deal with the outbreak of the omicron variant, is playing extra time in parliament due to new developments: surprise suspension of the debates on the first evening, controversial remarks by Emmanuel Macron. To top it off, Thursday, when an agreement on this text seemed close, the joint committee of deputies and senators failed to agree, after a tweet from the boss of senators LR Bruno Retailleau.