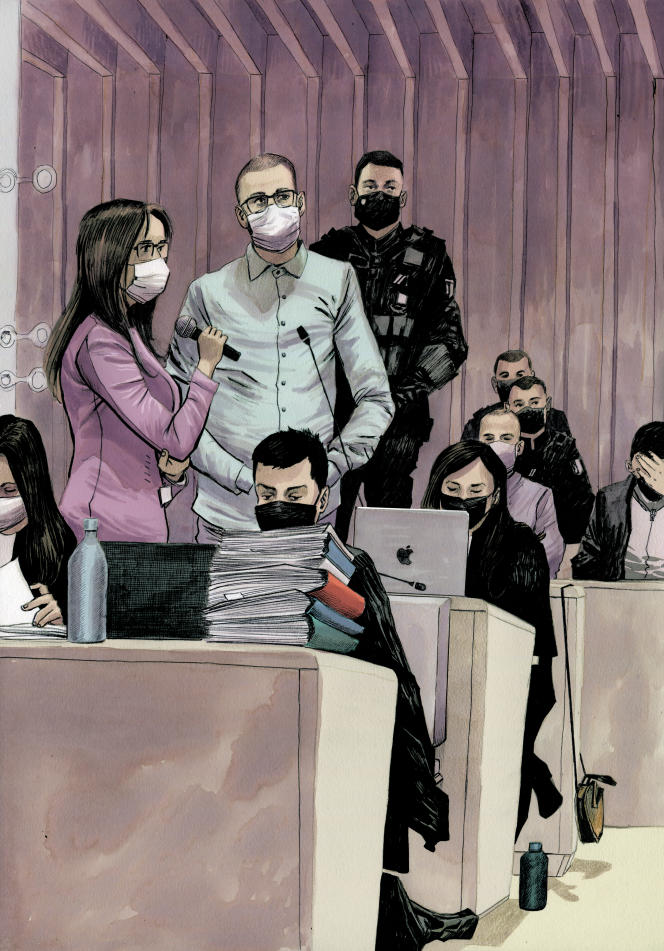 On the night of October 2 to 3, 2015, Ahmad Al-Mohammad, Mohammad Al-Mahmod, Adel Haddadi and Muhammad Usman, who had left Syria the day before with false passports, were picked up on the Greek island of Leros, along with dozens migrants with whom they sailed on a makeshift boat from the Turkish coast. A few weeks later, on November 13, the first two blew themselves up in front of the Stade de France. The other two did not have the same success in the mission entrusted to them by the Islamic State: they are today in the box of the accused.

Unlike the first two, of Iraqi nationality, who fell through the cracks of the police net, the Algerian Adel Haddadi and the Pakistani Muhammad Usman had been imprisoned in Leros, betrayed by their ignorance of the Syrian dialect. Released a few weeks later, they continued on their way north and were arrested in Austria on December 10, without being able to reach France where, according to investigators, they should have participated in the attacks if everything had gone as they had. foreseen.

Friday, January 14, the special assize court of Paris questioned Adel Haddadi on his membership in this quartet of suicide bombers, and tried to see clearly in his intentions at the time. For five laborious hours, in a difficult to understand French, the 34-year-old defendant tried – without much success – to explain that if he had joined Syria in early 2015, if he had learned how to handle weapons there, and if he had been chosen by the senior leaders of the Islamic State (IS) organization to go and commit attacks in Europe, it was beyond his control. Never, he says, could he have done such a thing: “I said yes, but in my head it was no. »

Stuck in a miserable life in the suburbs of Algiers, Adel Haddadi took off for Istanbul in February 2015, without any real plans, he says: “At that time, I was a little lost, I asked myself a lot of questions about my life. » Arrived in Syria for “to do humanitarian work”, he joined ISIS, spent his time praying and cooking, but admitted having been briefly trained in the handling of weapons. “Kalashnikov training, I don’t see what’s humanitarian, is surprised the president of the court, Jean-Louis Périès.

You have 56.68% of this article left to read. The following is for subscribers only.