United Kingdom: calls for the resignation of Boris Johnson are increasing 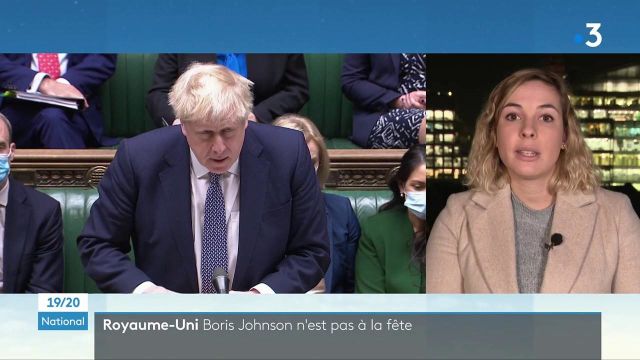 In the United Kingdom, calls for the resignation of Boris Johnson are increasing, despite the Prime Minister’s apologies, after the revelation of the organization of two other parties in full confinement.

In London (UK), many voices are rising to demand the resignation of Boris Johnson. He is accused of having organized several parties in full containment. Two days ago, the British Prime Minister apologized, but nothing helped. “Today, it is even to the queen that Boris Johnson apologized”, reports Maëlys September, journalist France Télévisions, in duplex from the capital of the United Kingdom, Friday January 14.

The parties were given in April 2021, on the 10th, downing Street. “Staff farewell parties, with around 30 people dancing” in the presence of a DJ, specifies the journalist. “At that time Britons were still partially confined, indoor gatherings were still banned”, she underlines. This new revelation is the conclusion of a very embarrassing week for Boris Johnson.

Another big increase in prices! From February, you will also pay extra for the bad habit: The prices of this product will go up rapidly – Topky

Jubillar case: excavations move near the Saint-Dalmaze cemetery in Cagnac-les-Mines