Tlahuelilpan continues to mourn its dead three years after the tragedy 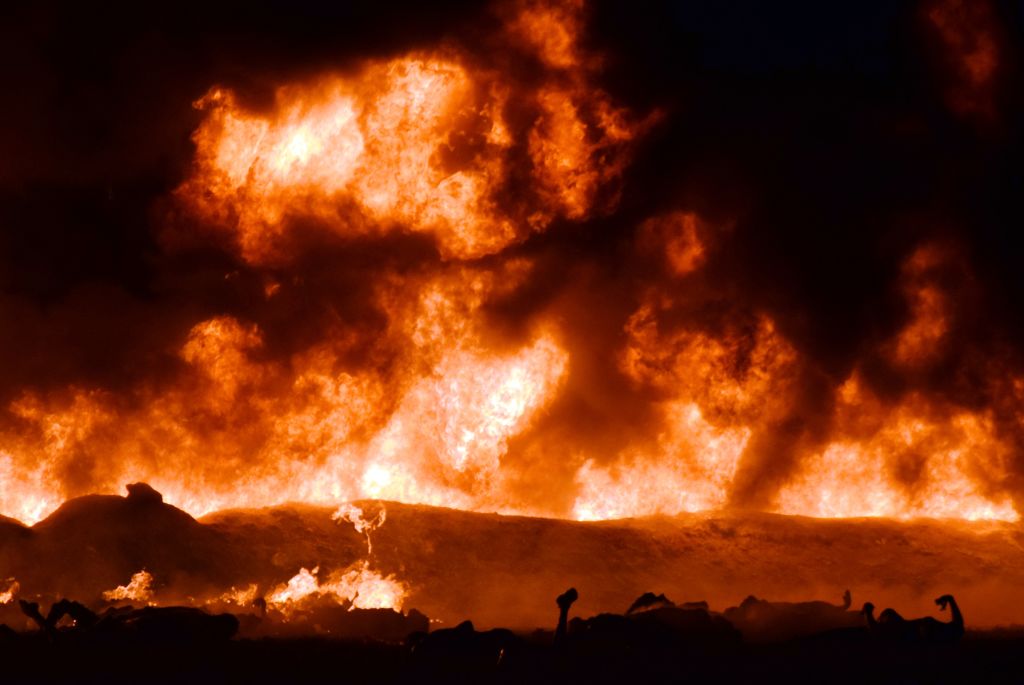 (CNN Spanish) — The dining room of Maribel Garrido Ramírez’s house has a chair that nobody occupies. In that place sat his youngest son, Jimmy Francisco Giménez Garrido, who died during the explosion of a clandestine intake in a Petróleos Mexicanos fuel pipeline in Tlahuelilpan, Hidalgo, north of the Mexican capital.

The tragedy, in which 137 people died, occurred on the afternoon of January 18, 2019, but Garrido Ramírez remembers it as if it were today. “I was out for a walk when I heard an explosion and I don’t know why, but suddenly I thought of my children,” he says.

And he was not wrong. She says that, without her knowledge, her children decided to pass through an area where there had been an intentional fuel leak and where a crowd was gathering, but shortly after arriving there the explosion occurred.

“I managed to communicate with one of them, with the oldest, and he tells me: ‘Mom, we burned.’ And I say to him: ‘but how? Did the stove explode or what?’, since I thought they were at my house at that time, and she tells me: ‘no, mom, they came by to look for us and we came because they told us that a pipe had broken. fuel that exploded.

He says that when he arrived at the scene the ambulances were beginning to arrive. “Then a friend of my son was the one who told me: ‘ma’am, they’ve already been taken’ and that’s when we went to look for them, but they were never together in the hospital”.

His son, the 17-year-old, died two months later in a hospital from pneumonia caused by burns, according to Maribel Garrido, while the eldest was able to survive despite the fact that he was very serious and with practically his entire body burned. “Half of his head was completely burned, his ears were lost, his nose was just a little bit, all his hands, his back and his legs. Just a piece of his feet that was not burned,” he says.

And he adds: “He was bad. You definitely can’t work with your hands as you have them; He lost a little eye that until now they have not been able to do the surgery; We have not had a response from the state government.”

CNN contacted the press office of the Governor of Hidalgo to find out if they had any response regarding Maribel Garrido’s request, but we have not received a response.

The wounds of Tlahuelilpan that are still open

The outbreak in Tlahuelilpan took place a year after the president of Mexico, Andrés Manuel López Obrador, announced a crusade against fuel smuggling, a practice that he said had increased in the past due to the lack of opportunities for residents of some parts of the country.

After the events, López Obrador promised support to the victim’s relatives and scholarships for the children and young people who lost their parents, as well as a thorough investigation of what happened, an investigation that has not yet concluded.

At that time, some images were broadcast on social networks showing residents arriving at the site before the explosion. Some had the intention of stealing gasoline from a fuel leak in a clandestine intake, while others were there motivated by curiosity, as was the case with the children of Maribel Garrido Ramirez, according to what her mother assured us.

A group of soldiers who were at the scene tried unsuccessfully to secure the area, but later withdrew to avoid a confrontation with those present, according to the first reports.

Three years after the deadly event in Tlahuelilpan, the wounds are still open, says Verónica Escamilla, whose son also went to the scene to see what was happening when he was surprised by the explosion.

He says he suffered third-degree burns to 71% of his body, but was saved by doctors at a hospital for burn children in Galveston, Texas, where he was rushed to shortly after the tragedy. Verónica Escamilla says that she was left with many physical and emotional consequences. “The pain we will never overcome. And I see my son and I feel helpless that he is like this. We have fought a lot, we have taken him to therapy, we have taken him to Mexico. I keep going to Galveston; It has cost us financially, but we really have to move forward.”

Get ahead, he says, and with the hope that something like this never happens again.

The pressure wave from the eruption of Hung Tonga volcano will fly through Slovakia again on Wednesday morning – TVNOVINY.sk

Another snow is falling on Slovakia POHROMA: Tens of centimeters will fall! Bratislava residents in particular should be on the lookout