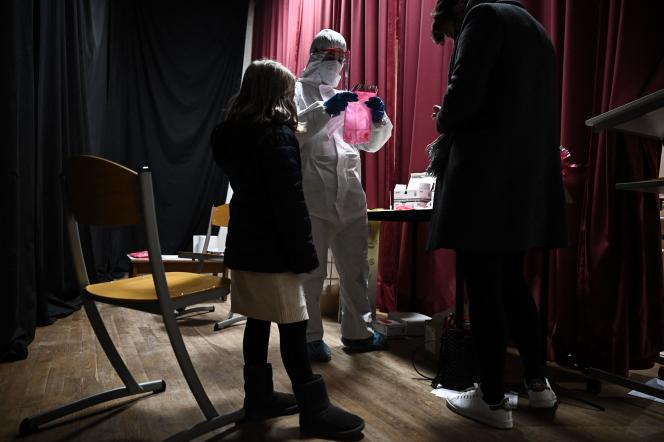 The number of classes closed due to the Covid-19 epidemic stood at 14,380 on Friday January 14, against 9,202 last week, the highest level since the spring of 2020, announced the Ministry of Health. national education.

Before the Christmas holidays, only 2,970 classes were closed, then this figure rose rapidly after the start of the school year under the effect of the Omicron wave. By comparison, last April, the number of closed classes had increased to more than 11,000 (11,272 classes on April 2) before schools closed for several weeks. The ministry specifies in its press release that 226 school structures are closed (i.e. 0.38% of the total), including 194 schools, 21 colleges and 11 high schools.

Regarding contamination, some 331,775 infections have been confirmed among students, and 25,571 among staff in total over the last seven days, added the ministry. The cases have multiplied since the start of the school year.

The relaxed health protocol announced by the Prime Minister, Jean Castex, on Monday now asks students with contact cases to produce three negative self-tests, without the obligation of an antigenic or PCR test, to continue going to class.

But, exasperated in particular by the waltz of protocols in the face of the health situation, teachers and other national education staff went on strike on Thursday, after which the government promised them FFP2 masks and replacements. After these announcements, which it considered insufficient, the Sud Education union called on Friday for a new strike on January 20. This union demands “immediate recruitment”, the postponement of the baccalaureate specialty tests scheduled for March and “a collective budget to provide resources for education”.

For its part, the government has promised that there will be no shortage of self-tests in France. ” Stocks [d’autotests] are coming, they are in number, 11 million have been delivered this week and they will continue to be delivered” in pharmacies, said government spokesman Gabriel Attal during a visit to a health product distribution warehouse in Saint-Ouen on Friday, while acknowledging “difficulties” at the start of the Omicron wave.

To meet demand, as a new record of 12 million tests per week was reached last week, “the France Public Health State stock of self-tests has been destocked”, he announced to the press. According to Gabriel Attal, the government is maintaining the “cap” facing the Covid-19 epidemic: “keep the country open”, “keep schools open”, despite the increase in contamination.