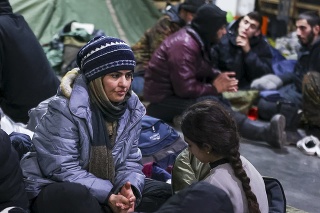 The Municipal Court in Prague imposed the first ever punishment in the Czech Republic for spreading disinformation about the coronavirus. Former journalist Jana Peterková must publicly apologize and pay a fine of a quarter of a million Czech crowns (approximately 10,200 euros) for spreading lies about the death of seniors after being vaccinated in a nursing home in the village of Měšice in the Central Bohemian Region.

The court’s decision is not yet final, the iROZHLAS.cz portal informed on Friday. “The court banned her from disseminating this information and must pay a fine, “said Robert Falbr, a nursing home lawyer.”Mrs. Peterková is obliged to apologize to my client in writing and publish this apology on social networks and on her website., “Falbr said.

He added that Peterková must pay court costs in addition to the financial fine. Peterková herself did not appear in court, claiming that she did not know about him. He wants to remove the video that contains the aforementioned claims from the Internet. However, it is planned to defend and take legal action.

The nursing home is suing Peterk for spreading vaccination lies. According to the Manipulátoři.cz server, she published an interview with Václav Vondráčková, who claimed to have worked at home and that several seniors had died there after receiving a coronavirus vaccine.

The village of Měšice denies this. At the same time, she informed that her mayor Martin Čacký found out through the director of the company that operates the mentioned house that Vondráčková has not worked there since May 2020.