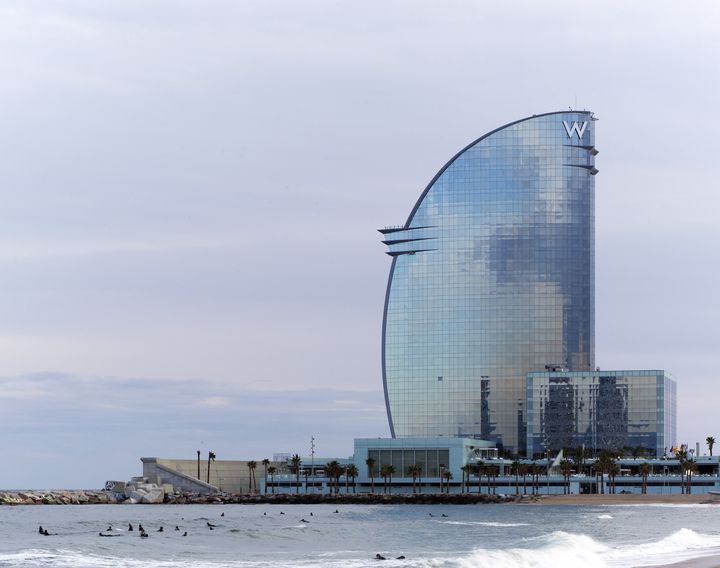 “Star architect”, very renowned – but sometimes criticized – in France, the Spaniard Ricardo Bofill, who died this Friday January 14 at the age of 82 from complications linked to Covid-19, signed hundreds of achievements in the world with an obsession for put man at the center of space.

“Architecture is the victory of man over the irrational”, he liked to say, driven by the obsession to create a “language“different architecture, organizing space around man. Over the course of his career, Bofill entered the very exclusive club of “star-architects” to which Norman Foster, Renzo Piano and Jean Nouvel belong.

“the ‘star system’ caught me in France in 1974. At that time, architects were beginning to be important, to have a preponderant role in society and that gave me a great reputation”, he said in an interview published in May 2020 by the Spanish daily ABC.

Born on December 5, 1939 in Barcelona to a Catalan architect father and a Venetian mother, Ricardo Bofill Levi entered the Barcelona School of Architecture in 1957, from which he was expelled for anti-Franco activism, before continue his studies in Geneva.

Back in his hometown, in a Spain still under the thumb of the dictator Francisco Franco, he joined with other young intellectuals (architects, engineers, writers, filmmakers, sociologists and philosophers) a group called the “Divine Left ” and created in 1963 his architectural studio, the “Ricardo Bofill Taller de Arquitectura”. This workshop, installed in an old cement factory on the outskirts of Barcelona and with branches in Paris, Montpellier, New York, Tokyo, Chicago or Beijing, has signed more than 1000 projects all over the world.

We owe in particular to the workshop of Ricardo Bofill the airport of Barcelona, ​​the National Theater of Catalonia, the Palace of Congresses in Madrid or the skyscrapers Donnelley and Dearborn in Chicago.

In France, where he is particularly appreciated, Ricardo Bofill has signed large social housing complexes, such as the Espaces d’Abraxas in Noisy-le-Grand, in the suburbs of Paris, where several scenes of Brazilian, cult science fiction film by Terry Gilliam (1985), or the Antigone district in Montpellier. With the ambition to create urban utopias “in highly monumental classical language on a scale never seen before”, writes Douglas Murphy in the book Ricardo Bofill: Visions of Architecture.

But on the ground, degraded and criticized by some residents, the Espaces d’Abraxas were almost demolished. “To tear them down would be a lack of culture”, had estimated Ricardo Bofill in an interview with the French daily The world in 2014. While acknowledging not having “failed to change the city”.

Made doctor honoris causa by the Polytechnic University of Catalonia last September, Bofill then underlined that “facing the dormitory town model”, He did “the challenge of creating neighborhoods with mixed functions, but always defending urban continuity, the street and the square” as a place of social life. At a time when, in the United States in particular, city centers were disappearing to make way for cars and shopping malls.

Obsessed with the organization of space, Ricardo Bofill was inspired in particular by the Italian architect Andrea Palladio of the Venetian Renaissance, or the French architects of the 17th and 18th centuries François Mansart and Claude-Nicolas Ledoux.

But also Tuareg villages where this self-proclaimed “nomad” went to seek ideas at the start of his career. “I believe I know how to do two things: (…) design cities (…) and try to invent different architectural languages ​​and never repeat them“, he underlined last June during a conference in Barcelona.

A rejection of repetition that made him love Antonio Gaudí, a Catalan like him, whom he described as “greatest genius in history” Who “never repeated two elements or shapes”. Rewarded by numerous international architectural prizes, Ricardo Bofill was an Officer of the French Order of Arts and Letters.