DOMINIK HRBATÝ: The trial with Djokovic may cause a boycott of tennis players at the Australian open – Bratislava.zoznam.sk 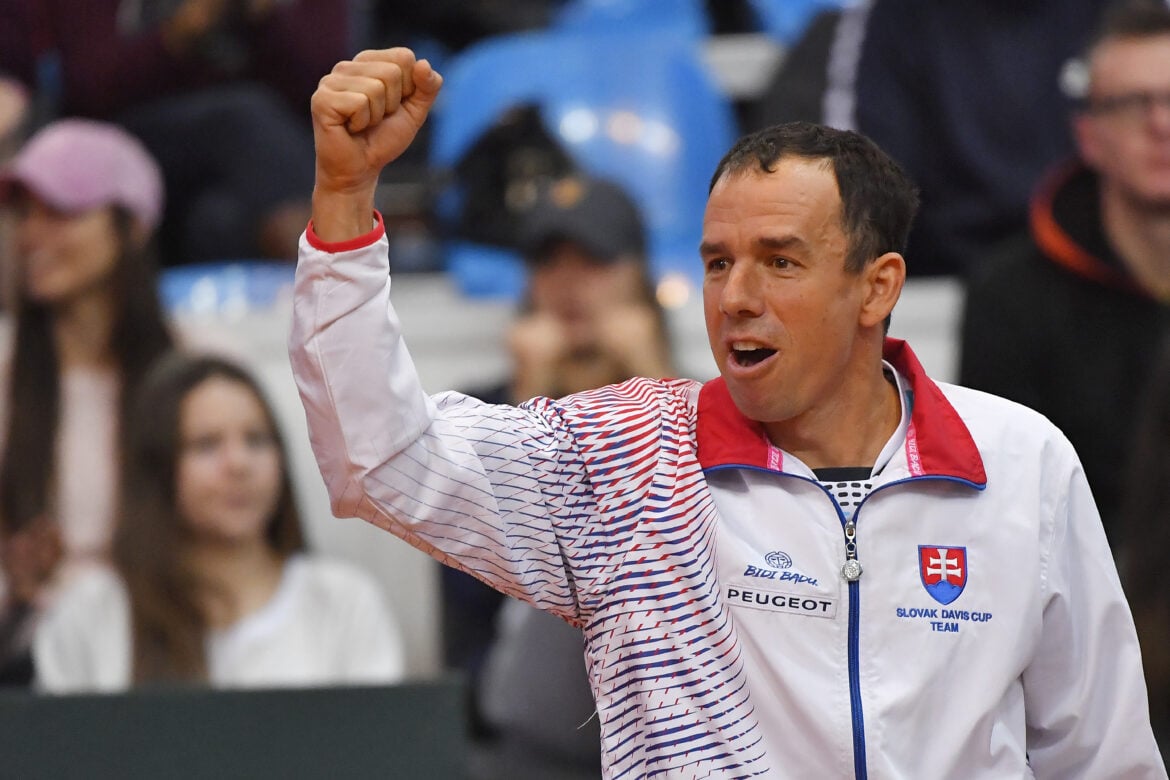 BRATISLAVA – Australian Minister for Immigration Alex Hawke has revoked the visa of Serbian tennis player Novak Djokovic. The world leader will probably not be able to start at the Australian Open grand slam tournament. Djokovic should leave the country after this verdict, but he can still appeal in court.

Hawke justified the abolition of entry visas “on medical grounds, to maintain order and on the grounds that it is in the public interest”. The Serb faces deportation from the country only three days before the start of the Australian Open, where he should defend the title. “Prime Minister Scott Morrison’s government is firmly committed to protecting Australia’s borders, especially in the context of the COVID-19 pandemic,” Hawke said. The abolition of visas means that Djokovic will not be able to enter Australian territory for three years and should have an interview with immigration officials there on Saturday. Australia has strict anti-pandemic measures and the tennis player is not vaccinated against the coronavirus.

He wanted to start at the Australian Open due to an exception after allegedly overcoming COVID-19 in December. However, he was detained on his arrival on Thursday, January 6, due to his invalid visas, and spent the following days in a hotel for immigrants. He passed the court on Monday and began training. However, Minister Hawke used his authority on Friday to revoke his visa. Zregióny.sk talked about the whole situation with the legendary Slovak tennis player Dominik Hrbatý, who knows very well not only the conditions in Australia, but also Novak Djokovič personally.

What do you think about the whole case and the latest decisions around Djokovic?

Rules are rules. If in Australia it is true that the unvaccinated cannot enter their territory, then they should not have issued him a visa. Once they had given them to him, they should have allowed him entry. Now the minister has decided that Djokovic does not like him, that he is not his blood type, and has revoked his visa. For me, once a court decides to leave a visa for Djokovic, the minister cannot decide otherwise. It is a huge precedent.

Reactions to the current situation around Djokovic are contradictory. Which can set off a major political, social and sporting avalanche. What is your opinion?

At the Australian Open, there are at least three other players who have the same visas as Djokovic and fired only the Czech Vorakova and are silent about these three. Why are they silent, why should they stay there? It is interesting that two tennis players from Eastern Europe were just fired.

It is opaque. I even think there may be a secret agreement between the federal government and Djokovic. So that the wolf was eaten and the sheep remained whole. That there will simply be a trial because Djokovic has not yet been deported is still in Australia. He can appeal within 24 hours and stay there and play in the Australian Open until the trial is over. He can even play it all and only after the tournament will the court decide that Djokovic will be deported. It doesn’t make sense and politicians are making a mess of it. When they wanted to deport him, they should do so now and see you. But now, after six days and the Australian Open has been drawn, where the government’s decision has been awaited, it seems like a total goulash to me.

Is it possible that there could now be a boycott of the Australian Open by players in support of Djokovic?

It is possible, because Djokovic won the court and there is no reason not to play in the tournament. It will be interesting. There will certainly be players who stand up for Djokovic, others will oppose him, but once he has been granted a visa, there is nothing to deal with.

Wasn’t there more support for Djokovic by Rafael Nadal and Roger Federer, who have a big name and respect?

Nadal has already said that Djokovic should play, Federer never comments on similar topics and things. It wouldn’t help. This is similar to when the Australian government said that the Spaniards were investigating Djokovic, but today the Spanish government objected that the Australian government was lying and that they were not investigating or would never investigate Djokovic. Politicians also invent and dispute disputes between countries, just for their political interests.