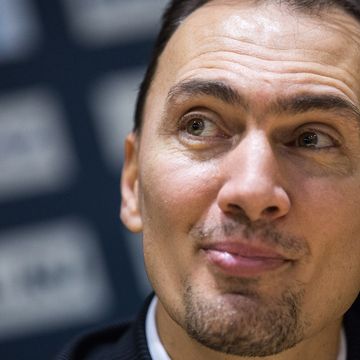 Representatives of the International Hockey Federation addressed the details with departures and nominations of players for the upcoming Winter Olympics in Beijing. The head of SZĽH answered questions from journalists.

We would like to have players in isolation before leaving for Beijing for three to five days, says Miroslav Šatan

What is your output from the IIHF online meeting?

“I have completed the morning part so far, I just ran to fulfill my obligations towards the Winter Olympics. So far, we’ve dealt with insurance, things about releasing players, covid protocols, and so on. The alarm reports about the cancellation of the Olympic tournament were untrue, with technical issues on the agenda. ”

Do you know where the information about a possible boycott from Germany or Switzerland came from?

“I do not know, such serious topics have not been heard at all. Everything was solved on a factual level. ”

As for the possible “bubble” of the Slovak team before the departure to the Hier venue, are there any outcomes?

“It is being negotiated, as set out by the IIHF. Only recently have we had problems with Nitra releasing players under the age of twenty for the World Cup. Something similar can happen now, as the international calendar is set to interfere with departures. I can’t say the conclusions yet. ”

How many players would you like to have in isolation?

“It is still in the recommendation phase, three to five days. You see the example of the KHL, which has interrupted the competition and will have a ‘bubble’ for maybe up to ten days. This will ensure that they do not bring the disease to Beijing. ”

I think the extra league will be interrupted for a while, but it depends on how many hockey players there will be in the nomination.

Is there a risk that KHL players will not play a single match in the Olympic Games?

“Yes, there are reports that the Continental Hockey League will have a longer break than other competitions. I think it’s good. Unfortunately, our players fall out of rhythm, but again, we can keep them under control. On the other hand, the Czech extra league is to be played until the beginning of February and there is a problem of how to ensure that players from it are negative twice in 48 hours, which was the original IIHF regulation. But that may change. ”

Will you push for the leaders of the KHL national team, led by Peter Cehlárik or Marek Hrivík, to come sooner?

“Yes, they should arrive in Slovakia earlier than others. They will be able to come to the preparatory camp first. Communication is in progress, we will announce the nomination at a press conference next week. ”

According to the original plan, you can take three extra players. Do you think that the “taxi set” will be further expanded for the omikron variant?

“So far, the number is set at 22 skaters and three goalkeepers, but that may change.”

When will coach Craig Ramsay arrive in Slovakia and since when would you like to start the camp?

“Craig is coming at the end of the week. The pre-planned departure to Beijing should be on February 2, we will call the mentioned players three to five days before it. It depends on how long the individual leagues will be played. We want to test players at least twice so they can board the plane. ”

Do you have current news about whether AHL players can come?

“We are not affected because all our players have two-way contracts in the NHL. In reality, we could call someone from the NCAA University, where we have a few players in the broader nomination. ”

Did anyone say they didn’t want to go to the Olympic tournament?

“No, no one refused. We have a wider group of about forty players who already have to meet the requirements of the organizers regarding their health. ”

Was it difficult to make a new nomination when the NHL gave up its players?

“Some decisions have been difficult, but it always happens. 95% of players will have a general agreement of the implementation team. Then there will be two or three places that we will have to dismantle as soon as possible, and any positive tests for COVID-19 will play their part. ”

Is there a danger of interrupting the Slovak extra league, regardless of how many players from it will go to Beijing?

“I think it will be interrupted for a while, but it depends on how many hockey players there will be in the nomination and how it will affect the clubs. Then you can talk about whether to take a longer break. If there are few nominated players, extra time can be used to complete matches that did not take place due to the team situation in the teams. ”