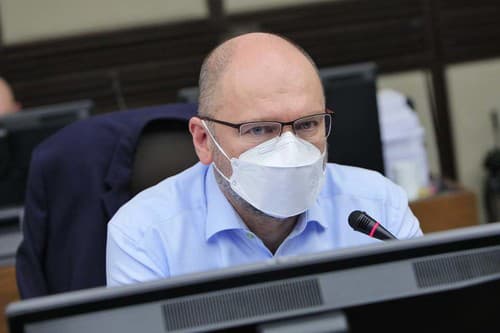 Among other things, he proposes that the referendum on shortening the term should not take place in the first and last year of the term. According to the proposal, in the event of a successful referendum, the President of the National Council of the Slovak Republic should announce parliamentary elections within seven days of announcing the valid result of the referendum.

“The aim of the proposed amendment is to respond to the decision of the Constitutional Court (CC) of the Slovak Republic of 7 July 2021 on the constitutionality of the subject of the referendum,” the applicant states in the explanatory memorandum. He proposes that the changes take effect on March 1, 2024. Similar changes were announced by the non-attached MP Tomáš Taraba, who plans to submit them to the next meeting. He made a similar proposal last year, but was rejected by parliament in June.

SaS considers Svrček’s proposal a breach of the coalition agreement

Last year, the opposition and trade unionists collected 600,000 signatures to initiate a referendum on shortening the term. In the case of the petition, President Zuzana Čaputová turned to the Constitutional Court, which decided in July 2021 that the proposed referendum question on shortening the term of the National Council of the Slovak Republic was unconstitutional. Čaputová reacted that she would call a referendum on early elections if the National Council of the Slovak Republic decided to change the constitution and subsequently adopted a resolution requesting its holding.

According to the chairman of the non-parliamentary Hlas-SD and a non-attached member of the National Council of the Slovak Republic Petr Pellegrini, the coalition is preparing a change that would not allow a referendum in this term. He talks about betraying the basic democratic principle. “Despite the resistance of the citizens, the governing coalition is going to concretize in its functions until 2024, and the people who have only lent it power are coming to the fore,” stated.

At the same time, he announced that they would submit an amendment to the parliament, which will “return power in Slovakia to the people.” “We will call on all parliamentary parties to support this change and not to forget who lent them their functions. And we will also call on the people to help us in this pressure.” added Pellegrini.