Direction has a plan: In the joint elections, he wants to cooperate mainly with two parties – NEW TIME 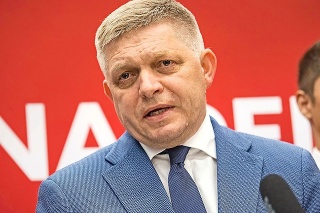 Košice, January 14 (TASR) – The basis of a good result in this year’s joint municipal elections and elections to higher territorial units (VÚC) should be the cooperation of three parties, namely Smer-SD, non-parliamentary Hlas-SD and SNS.

This was stated at the press conference in Košice on Friday by the leader of the opposition Smer-SD, Robert Fico, saying that he did not rule out cooperation with other political parties either. He assumes that the first names of the candidates will be known in March.

According to him, Smer-SD has an eminent interest in joining the opposition forces in the said elections, which he declared at the party’s regional council in Prešov and plans to do so in Košice as well. “We are not a party that should be in the habit of excluding anyone from possible cooperation, “He said, adding that some districts in the Prešov region have already announced cooperation with, for example, the non-parliamentary KDH. “The Hungarian coalition will be active in the Košice region, maybe an agreement will be reached in some districts as well,” he added.

Smer-SD attaches great importance to the combined regional and municipal elections, mainly due to the expected higher turnout than before. “We know that unless we are represented in cities, towns and counties, we can hardly talk about a functional party,Fico added.

The names of the candidates who will be known at the time plan to be gradually introduced in selected events on International Women’s Day, which Smer-SD wants to organize in Slovakia 32.

PROTEST in the center of Bratislava: Hodžovo námestie was filled with a crowd! Fico and Danko spoke on the stage and Hlas-SD – Topky also joined

“Partygate”: the future of Boris Johnson hanging on the electoral calculations of the Conservative Party

Your eyes will cross from congratulations to Vlhová. They may be ashamed of the ministry – PRAVDA.sk