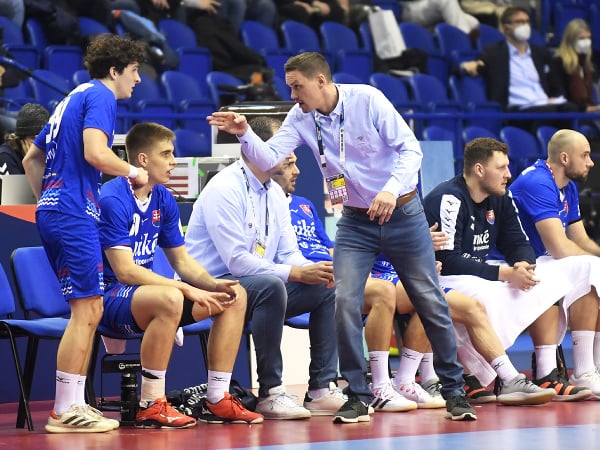 Pictured is the bench of Slovakia, in the middle coach Peter Kukučka in the match of the F-group of the European Men’s Handball Championship 2022 Norway – Slovakia in Košice Source: TASR / František Iván

KOŠICE – Slovak handball players will play against Lithuania in order to repeat the positive elements of the match with Norway and especially to win an important victory. Saturday’s duel (18.00) will be extremely important for them in terms of promotion from the basic F-group of the European Championships in Košice. At the same time, they want to return the opponent to a close defeat two years ago in the World Cup qualifiers.

Even before the European Championships, the players and coaches of the Slovak team said that the duel with Lithuania will be crucial. They did not count too much on the points gain against the favored Norway in the first match, and the opening match of the Slovaks finally fulfilled the “paper” preconditions. Kukuček’s charges, despite promising sections in the first half, lost 10 goals 25:35.

“I saw a lot of good things we talked about. Especially in the first half we had a lot of important activities. When we were 6 to 6 in defense, we were able to put them under pressure. Too bad we didn’t manage the end of the first half, in Then they increased their lead at the start of the second and it was, so to speak, after the match. That’s why I decided to give space to the young players and I’m very happy that they took the chance. “ noted the helmsman of the SR. 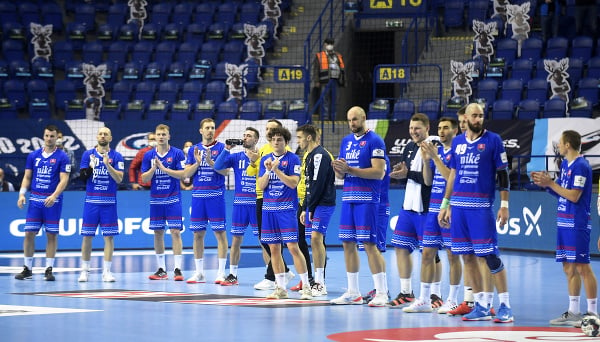 Before the match, he wanted his players to play without fear and too much respect from one of the tournament favorites. The players fulfilled his wish and although they lost by a relatively significant difference, they did not disappoint. “I can’t say that anyone would disappoint. If we ruled and we had the strength, we played very well. It’s important to last the whole 60 minutes. We had about a 16-minute downtime, so the goal difference is so significant. Any mistake against such “We have a lot of young players who need to play such tough matches. They don’t grow in the training process, but in matches against such strong opponents.” Cuckoo stated.

An extremely important duel with Lithuania awaits the Slovaks on Saturday. In the event of a victory, they will play against Russia for promotion from a four-member F-group on Monday, from which the teams will continue to fight for 1st and 2nd place. “We knew before the tournament that it would be a key match for us. It will be important for the players to regenerate after the match with Norway and to prepare well for the match with Lithuania, which is key for us.” said Cuckoo.

We have to pull fast waves

Lithuanian players entered the tournament with a loss to Russia 27:29, when they did not catch the beginning of the duel. The opponent quickly bounced back to them 6 goals (1: 7) and this difference later proved to be decisive. In the dramatic end, they pulled the deficit to one goal (27:28), but they could not equalize. “They have a problem when their strength is dwindling. They don’t have many players to replace. We have to stand firm in defense and we want to transfer the good things from the match with Norway against Lithuania. We have to pull fast waves. I’m glad the young players took the chance and I’m not afraid to let them into the next match, “ admitted SR coach Peter Kukučka.

The Slovaks would like to return Lithuania to the loss from the World Cup 2021. It was the result of 24:25 that decided on their non-participation in the world championship. They also led by three goals in the match, but in the end they failed. Goalkeeper Teodor Paul does not doubt the qualities of the opponent, but at the same time he believes that the home environment and the great determination of the Slovak team will weigh: “Lithuania is a tough opponent. I know that we lost to them two years ago. They have quality players who play in prestigious leagues. We definitely want to give them back the aforementioned loss. Now we are at home and I believe we will succeed.”

Slovak handball players have so far scored only one point for a draw in their three previous European Championships and would like to correct this unflattering statistic at home. They want to repeat the positive elements from the duel with Norway against Lithuania. “I assume that the match with Lithuania will be more balanced than with Norway, but I believe that with a better ending for us. 1. within 60 minutes and not relax even if we lose or lead more significantly, “ introduced Slovak clutch Jakub Prokop.