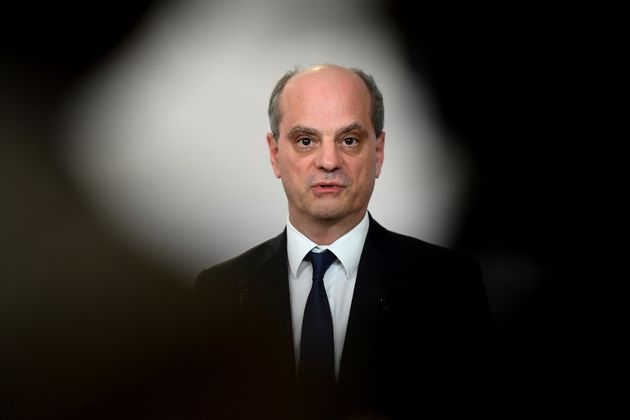 POLITICS – Mea-culpa lip service. The day after the significant mobilization of the education sector which was particularly aimed at him, Jean-Michel Blanquer tried to sweep aside the criticisms made of it, placing part of the blame on “the process” of decision-making.

On January 13, at least 77,000 people demonstrated across France to protest against government management of the coronavirus crisis in schools. Between the controversial screening protocols, a mode of communication deemed deplorable, all fueled by small controversial outings, Jean-Michel Blanquer is held responsible for the fiasco. The placards of the demonstrators in the streets left no doubt about this.

But not enough to question his work, from his own point of view. guest of franceinfo this Friday, January 14, the Minister of Education, revived by the journalist, dropped a “if you want a mea culpa …” unconvinced, before launching. “Look, I’m not perfect, I make mistakes. I believe it’s human nature and it happens to me, obviously I have no problem saying I’m sorry about certain things,” he said.

The “but” was not far behind: “But it’s also important not to be in logic of excessive crystallizations on a person when you know the decision-making process”, he replied.

Blame it on the “process”

Long considered the “darling” of the government, the tenant on rue de Grenelle refuted any “Blanquer problem”. He swept away a question about his possible “sidelining” – and what did it matter if the meeting with the unions on the sidelines of the strike was overseen by Jean Castex, who had already intervened to present the relaxed protocol at 8 p.m.

“What happened was very collective work with the Prime Minister,” he said. The meeting “took place at the Ministry of National Education and it did not escape you that it was I who made the announcements. It has not escaped you either that there is a very interministerial dimension in the management of the crisis”, argued Blanquer. “It is normal for the Prime Minister, in a difficult moment, to be in support, especially since some of the decisions to be taken fall under either the Ministry of Health or the Ministry of Finance”, justified Jean- Michael Blanker.

“It is a normal process that shows government collegiality on the contrary.”Jean-Michel Blanquer

It is moreover this same “process” that the minister brandishes to defend himself from criticism of the publication of the health protocol the day before the start of the school year. “Yesterday’s meeting was very useful from that point of view, because it allowed us to be precise, long and clear about the why of these things. Interministeriality makes it possible to understand why we are obliged to communicate on Sundays”, explained the Minister, referring to the need for collective work and in stages between the various actors.

“We are all tired of this virus and it is normal that at some point, a weariness is expressed. It turns out that it was in the middle of National Education that it was expressed a lot yesterday, but beyond that, we must create units”, pleaded Jean-Michel Blanquer.

The minister announced several measures to appease teachers: distribution of FFP2 masks, replacement of teachers, but also permanent hiring, via the use of “supplementary lists”: these are candidates who have not been received in the school teacher competitions but were well ranked and likely to be finally called to supply needs.

See also on The HuffPost: January 13 strike: These angry teachers protested for the first time