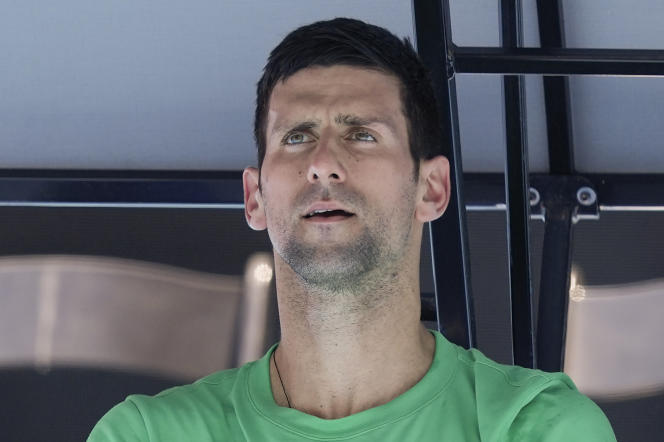 Whatever the outcome of this politico-judicial-sanitary imbroglio, no one will emerge as the winner of the “Djokogate”. Neither the Australian government, accused of having used it for political purposes, nor Tennis Australia – the Australian Tennis Federation, singled out for its casualness – and even less Novak Djokovic.

Friday January 14, three days before the start of the Australian Open (January 17 to 30), the world number one had his visa canceled for a second time, “on health and public order bases”. The Australian justice, however, agreed to stay his expulsion from the country until the legal proceedings are completed.

Read also Article reserved for our subscribers End of the game for Novak Djokovic in Australia?

The draw for the first Grand Slam tournament of the season reserved the Serb a first round against his compatriot Miomir Kecmanovic (78and worldwide). If the world number 1 is deprived of defending his trophy, his round trip to the Antipodes will have sportingly cost him dearly.

In the event that his visa would finally be withdrawn, he would risk up to three years of banning entry into the territory. In other words, the near end of his career in a tournament where he is almost at home: nine times winner (a record) and three times defending champion. In a message posted on his social networks on Monday after a judge canceled the first cancellation of his visa, the person concerned showed his determination: “Despite everything that happened, I want to stay and try to compete in the Australian Open. I stay focused on that. » All accompanied by a photo taken on his favorite playground, where he has been training for the past few days as if nothing had happened.

In case of absence, he would miss another opportunity to write history, while a 21and Grand Slam title, which would finally allow him to overtake his two historic rivals, Roger Federer and Rafael Nadal, is reaching out to him. Last season, the Serb came within a victory – beaten in the US Open final by the Russian Daniil Medvedev – to satisfy this obsessive quest which would make him the only master of the tennis planet. A coronation which would have seen him at the same time succeed in the calendar Grand Slam, namely winning the four major tournaments in a calendar year.

Damage to his image

Not to mention that a non-participation in the Australian fortnight would potentially be detrimental to him in the ranking: according to the results in Melbourne of his runners-up Daniil Medvedev (noh 2) and Alexander Zverev (noh 3), he could give up his place on the throne at the end of the tournament.

You have 57.46% of this article left to read. The following is for subscribers only.