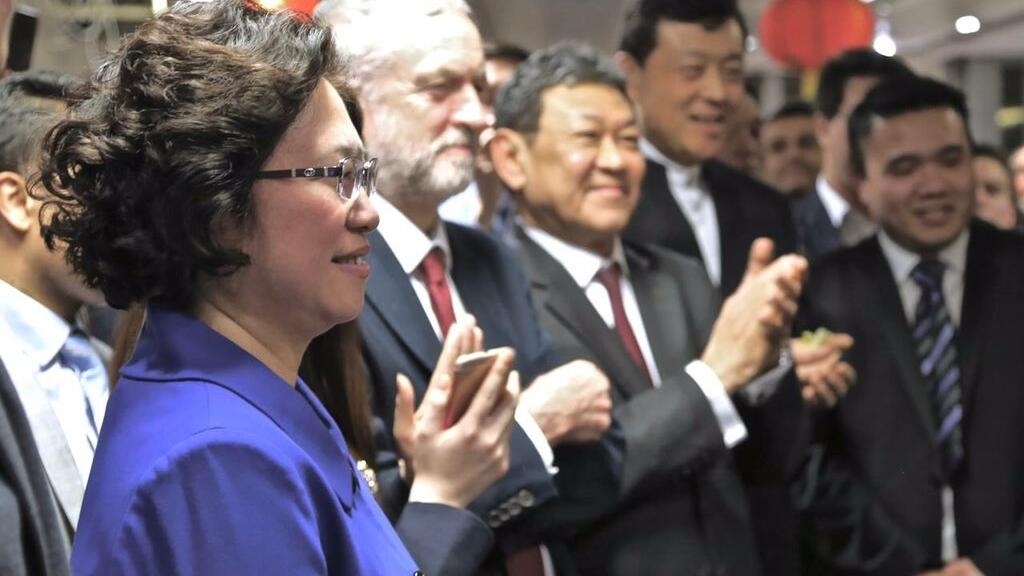 She has rubbed shoulders with all the elite of the British political class. Christine Lee received an award in 2019 from Teresa May, then Prime Minister of the United Kingdom; she was seen with David Cameron, another Conservative ex-Prime Minister, Jeremy Corbyn, the left-wing champion of the Labor Party, and also Ken Livingstone, former Mayor of London

Since Thursday, January 13, no one wants to deal with this Briton of Chinese origin. She was accused by MI5, the British counterintelligence service, of infiltrating the British parliament on behalf of Beijing.

Christine Lee was even the subject of a specific alert sent to all British parliamentarians. “It happens very rarely and shows how worried British intelligence is about the actions of Chinese influence agents in the UK,” said Charles Parton, China policy specialist at the Royal United Services Institute (Rusi ), interviewed by the Financial Times.

MI5 accuses Christine Lee of working behind the scenes for China’s United Front Labor Department, one of Beijing’s main overseas propaganda outlets, as pointed out by the recent report on Chinese influence operations from the Institute for Strategic Research of the Military School (IRSEM). This lawyer, a longtime Londoner, is also suspected of having sought to buy the favors of prominent parliamentarians, both on the right and on the left of the political spectrum.

With a preference for members of the Labor Party, since she has paid, through her law firm, more than 580 000 pounds sterling (i.e. 694 000 euros) to Barry Gardiner, a Labor Party MP, between 2015 and 2020. “I don’t feel stupid, but very angry that someone tried to use me like this,” reacted Barry Gardiner, who has been collaborating with the authorities for several years. years already about Christine Lee.

In any case, the revelations about the sums paid shed new light on certain positions taken by the Labor MP. He had notably been one of the few on the left to defend, in 2016, the project to build the Hinkley Point power station, partly financed by China.

But she also paid at least 5,000 pounds sterling to Edward Davey, the leader of the British Liberal Democrats.

“It is very worrying that someone with proven links to the Chinese Communist Party could target British parliamentarians in this way”, reacted Priti Patel, the Minister of the Interior of the United Kingdom.

China quickly dismissed the charges. “We don’t need to ‘buy influence’ from parliamentarians. We strongly oppose these attempts to intimidate and smear the reputation of Britons of Chinese descent,” the Chinese embassy said. in London.

Legal Advisor to the Chinese Embassy in London

But in the land of the tabloids, the tabloid press was quick to set in motion the time machine. The Sun, the Daily Mail and others quickly established that Christine Lee was not just any representative of the Chinese-British community.

From her arrival in the late 1970s in Northern Ireland at the age of 12, to the handshake she exchanged with Chinese President Xi Jinping in Beijing in 2019, the entire life of this 58-year-old woman who had two children with a British lawyer was dissected.

The British media have been well helped in their research by “Hidden Hand”, a book on Chinese efforts to influence public debate in the United Kingdom which already looked into the Christine Lee case in 2021.

Christine Lee’s main feats of arms were to participate in the creation of the “All Party Parliamentary China Group”, an informal group of parliamentarians interested in China. This structure was dissolved in 2021, after more than twenty years of existence.

Christine Lee, who is involved in the creation of at least sixteen entities (companies, associations) most of which relate to the strengthening of Sino-British ties, also founded in 2006 the “British China Project”, one of the main associations for the promotion of the Chinese community in the United Kingdom.

It is this initiative that earned Christine Lee to receive, in 2019, an award from Theresa May. The former Prime Minister then praised the work “of one of the most influential lawyers of Chinese origin in the United Kingdom” and wished her “even better success in integrating British people of Chinese origin into [le] Political system [britannique]”. A phrase that may seem very naive today in the context of suspicion of everything surrounding Chinese activity abroad.

Because the publication by MI5 of its accusations against Christine Lee reflects above all the radical change of atmosphere in a few years in the United Kingdom with regard to China, notes the Guardian. “MI5 has so far preferred to act with caution when it comes to China,” recalls the British daily.

British spies would never have aired their suspicions in the public square just seven years ago. At that time, London preferred to highlight the good understanding with Beijing. David Cameron, the Prime Minister at the time, preferred to drink pints of beer with Xi Jinping in London pubs rather than stalking potential agents of influence in the corridors of the British Parliament.

For the Guardian, everything changed in 2020, when MI6 – the foreign intelligence service – claimed that China had become “our number 1 priority”. It’s a safe bet that Christine Lee is not the only target of the new hunt for agents of influence in the pay of Beijing. The authors of “Hidden Hand” even suggest that the United Kingdom has passed the “point of no return” as the Chinese Communist Party has succeeded in establishing a dense network of influence within the British elite.