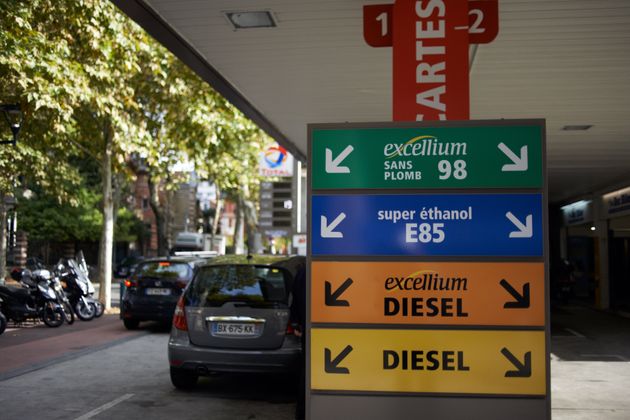 Between inflation, crisis in Kazakhstan and desire for economic recovery, the price of fuel has not finished climbing in France.

FUELS – Increasingly high prices and a return to November 2021 levels, if not more. Drivers may have noticed it first, but the price at the pump reached new records at the start of 2022, another blow to the wallets of the French.

Unleaded or diesel, same fight for motorists: at the last official score of the Ministry of Ecological Transition, dated January 7, the average price of diesel was 1.59 euros / liter, 1.66 euros / liter for unleaded 95-E10 and even 1.75 euro/litre for 98 unleaded.

Prices still rising since that date, if we are to believe the calculations (on half of the pumps) from Journal The Parisian this Friday, January 14, which estimates that diesel posted an average of 1.62 euros / liter at the start of the week. For unleaded 95-E10 and unleaded 98, the newspaper estimates that they cost 1.69 euro/litre and 1.77 euro/litre respectively after 10 January.

Figures that make you dizzy when you know that the rise in the price of gasoline had been one of the triggering factors of the crisis of yellow vests in 2018. The Parisian also recalls that at the time, the price of diesel was then lower (1.53 euro / liter) than that observed in recent days at the pump.

New surge in the price of the barrel

As the barrel is currently sold at more than 80 dollars on the financial markets, the trend is clearly not expected to fall, since investors continue to anticipate strong global demand for fuel, following the sharp slowdown experienced after the emergence from Covid-19 on the planet and to economic recovery.

This increase is also explained by the current tensions in Kazakhstan. These tensions within the country of Kassym-Jomart Tokayev are pushing up oil prices even further, as investors fear future supply disruptions from Central Asia’s largest oil producer.

And if the inflation allowance of 100 euros sent by the government to nearly 38 million French people had also to compensate for price increases fuel, it is clear that for the French dependent on their individual means of transport, the bill is likely to be more and more salty. The opposition did not fail to put its proposals back on the table, less than 3 months before the first round of the presidential election.

Emmanuel Macron has failed against the meteoric increase in gasoline and diesel prices which are breaking records.

However, it is possible to act because taxes represent 60% of fuel prices.

The price of gasoline has never been so high. With the increase in energy and shopping prices, the purchasing power of the French is undermined.

A household with 2 cars pays €1,500 in fuel taxes every year! pic.twitter.com/gtYyL36cAr

According to INSEE data released on Friday January 14, consumer prices rose by 2.8% in December 2021, a similar increase to November. One more confirmation of this inflationary trend even as Bruno Le Maire announced, this Thursday, January 13, a limitation of the increase in electricity prices to 4% in 2022 to protect the purchasing power of the French.

See also on The HuffPost: At the pump, the “alms” of the fuel check is moderately convincing