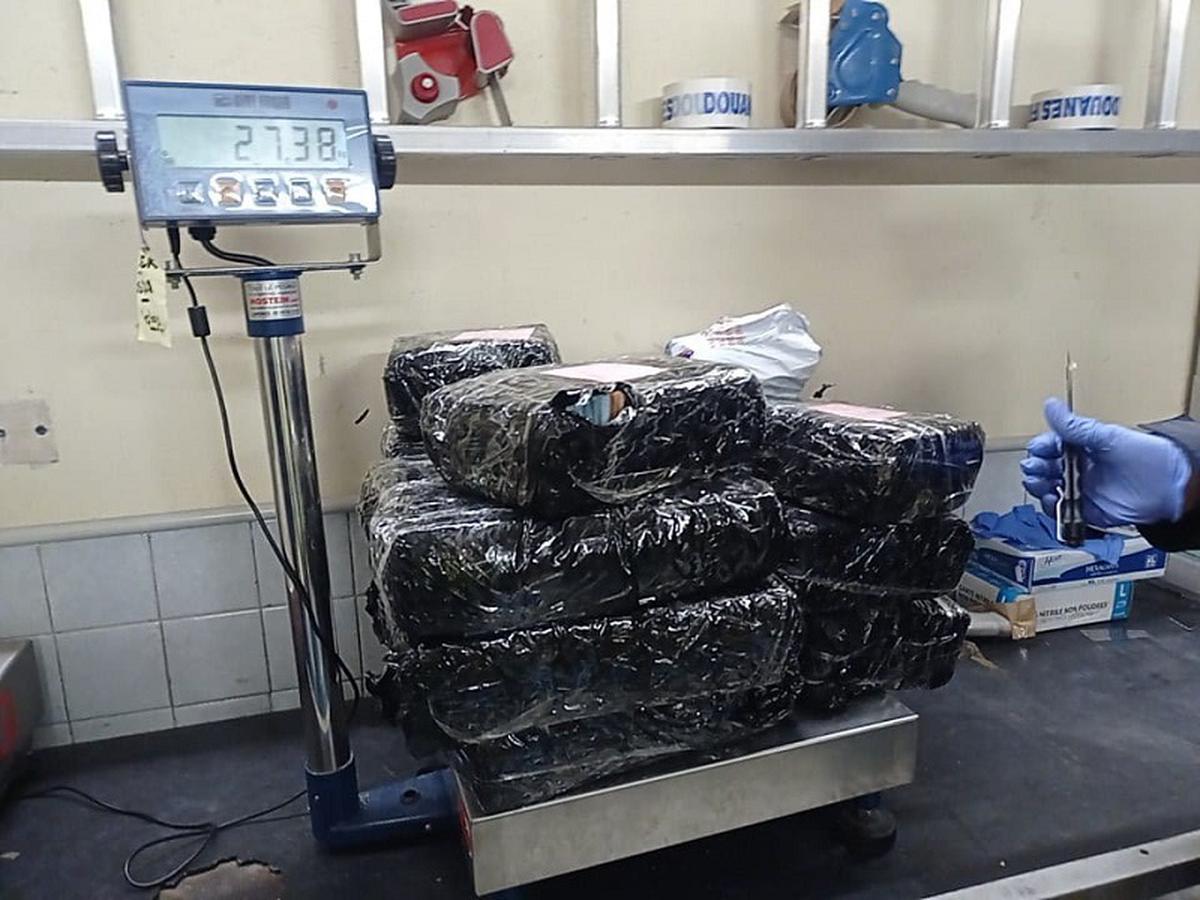 This record seizure was made on Friday January 7, 2022, two days after that of the 482 kilos of cannabis pollen hidden in a shipment of antigenic tests

Hendaye customs officers made another fine seizure on Friday January 7, 2022, at the Biriatou toll gate. These are 1,126,900 euros that were flushed out within a truck set going to Poland, from Spain.

In the middle of a low-value cargo (plastic cups, folded boxes, etc.), the eye of the agents is attracted by a pallet in the middle of which they get their hands on twelve heat-sealed packages. The opening of which allows you to find banknotes for an amount of more than 1.1 million euros.

Congratulations from the Minister

This record seizure came two days after that of 83 packets containing 482 kilos of cannabis pollen worth 960,000 euros, in the midst of a load of antigenic tests. The delivery driver of Colombian origin, settled in Spain for twenty years, will be tried on February 14. He faces a ten-year prison sentence.

The Minister Delegate for Public Accounts Olivier Dussopt sent his congratulations to the agents of the Hendaye customs brigade: “The Hendaye brigade once again proves its unfailing commitment to the protection of the territory by fighting against all illicit trafficking. »