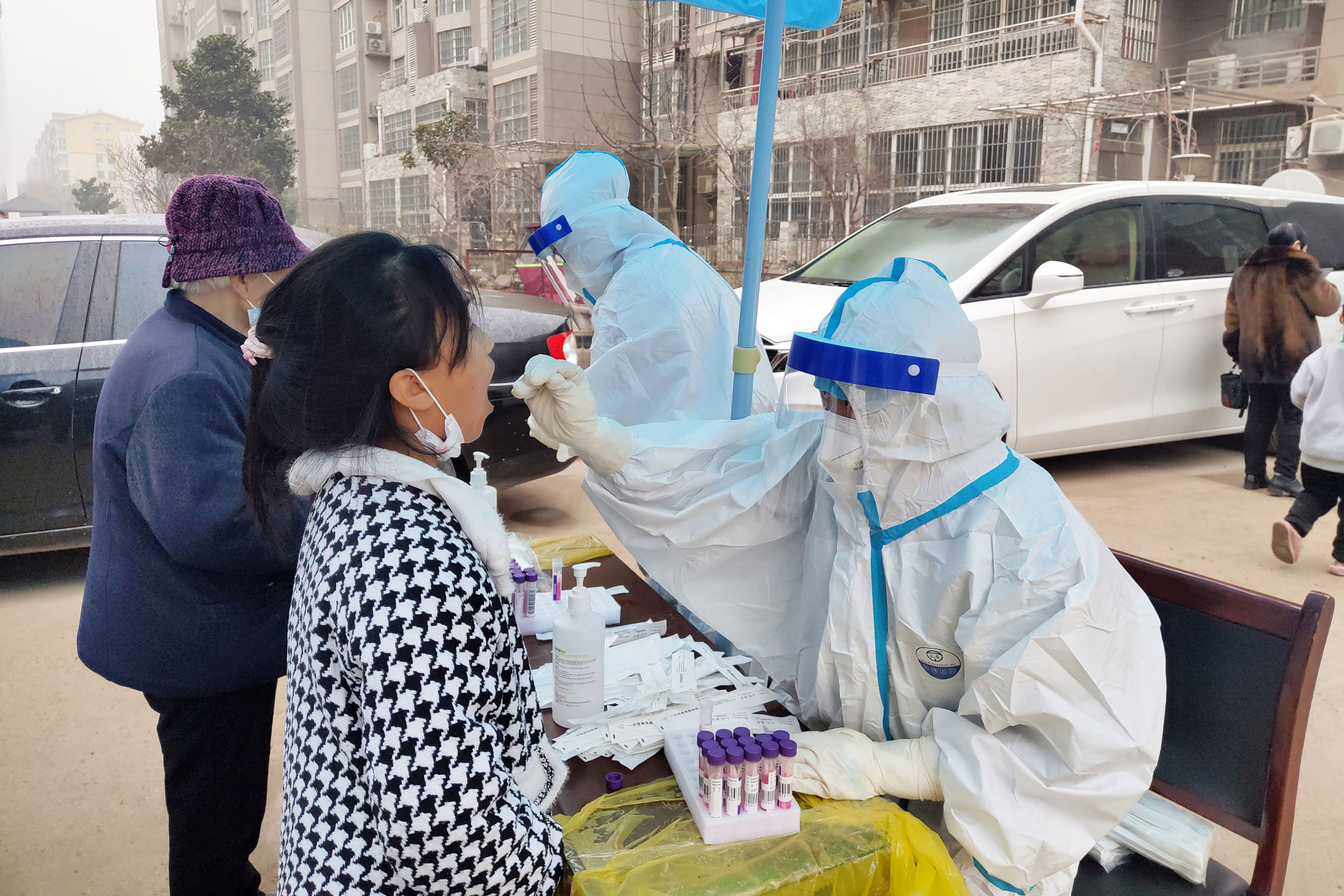 A third Chinese city has been placed under a strict lockdown as the country tries to contain localized outbreaks of covid-19, local authorities said on Tuesday.

This brings the total number of people confined to their homes in China to around 20 million, with just over three weeks to go before the Beijing Winter Olympics.

The 5.5 million residents of the city of Anyang in central Henan province are unable to leave their homes, while shops, restaurants and factories remain closed, the Anyang municipal government said.

More than 4,000 students and staff at a school in Anyang were admitted to government-run quarantine centers after nine people tested positive for the virus, local authorities added.

The city has reported a total of 84 COVID-19 cases since detecting two local infections of the omicron variant on Jan. 8.

Strict closures: Anyang is the third Chinese city, after Xi’an, in the northwestern province of Shaanxi, and Yuzhou, also in Henan, to apply a full covid lockdown.

On December 23, restrictions were imposed on Xi’an’s 13 million people. In the days and weeks since, complaints about food shortages and reports of patients being denied medical care have shocked the nation.

On January 2, Yuzhou, home to 1.2 million people, was put into lockdown after three asymptomatic cases were recorded.

On Monday, Yuzhou recorded 74 local symptomatic cases, the country’s current largest outbreak, according to the NHC.

Meanwhile, 29 residential communities in the city of Tianjin are under lockdown after omicron was detected in at least two residents on Saturday, marking the first community spread of this highly transmissible variant in China.

Tianjin reported 21 infections – 11 symptomatic and 10 asymptomatic – on Monday, bringing the total for its current outbreak to 53.

This city of 14 million people is located just 130 kilometers southeast of Beijing, where the Winter Olympics are scheduled to start on February 4.

The “zero-covid” strategy: China is one of the only places in the world that still wants to eliminate covid-19 within its borders.

However, the frustrations of residents on lockdown underscore the growing challenge posed by his “Zero-Covid” policy, which relies on a playbook of mass testing, lengthy quarantines and sudden closures to stamp out any resurgence of the virus. .