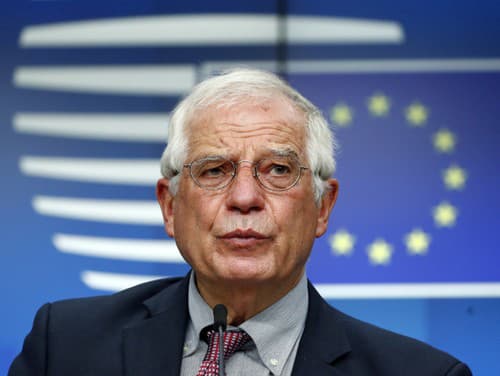 The web portals of the Ukrainian Ministry of Education and Science, as well as the Ministry of Diplomacy, the Government Cabinet and the Ministry of Emergency Situations did not work on Friday morning. During the attack, threatening text in Ukrainian, Russian and Polish was placed on some attacked servers. “All the data on your computer is destroyed and cannot be recovered. All information about you has been published, fear and wait for the worst. You have it for your past, present and future …,” it was written on the attacked government web portals.

The text further stated that the cyber attack was revenge for Volyn, the Organization of Ukrainian Nationalists (OUN), the Ukrainian Insurgent Army (UPA), Galicia, Polesie and “historic countries”. The hackers thus referred to Ukrainian ultranationalist organizations and regions of the country.

Nobody reported the attack

No one has signed up for the attack yet. However, according to the AFP agency, the threatening report suggests that the attack was a response to Ukraine’s pro-Western attitudes. The Ukrainian Ministry of Education said that authorities, including the Ukrainian Security Service (SBU) and the cyber police, were currently working on the problem.

The European Union is mobilizing “all its resources” to help Ukraine, which faced a large-scale cyber attack on government web portals on Friday night. EU High Representative for Foreign Affairs and Security Policy Josep Borrell said on Friday, AFP reported.

Borrell said the country’s ambassadors would meet in an urgent meeting of the EU’s Political and Security Committee (PSC) to deal with the attack, which he said was “worthy of condemnation”. In addition, the European Cyber ​​Rapid Reaction Force has also been activated, Borrell said, in addition to an informal meeting of EU heads of diplomacy.

“We are mobilizing all our resources to help Ukraine deal with this type of cyber attack,” Borrell said. He added that all EU governments have been asked to cooperate in this regard, “despite the fact that Ukraine is not a member” of the bloc. The head of European diplomacy also said that “no one can point a finger at the attack”. “But can you imagine who did it,” Borrell said.

One thought on “Ukraine reports cyber attack on government websites: Threatening text has appeared on them – Topky.sk”