Covid-19: from pandemic to endemic, hope for a scenario 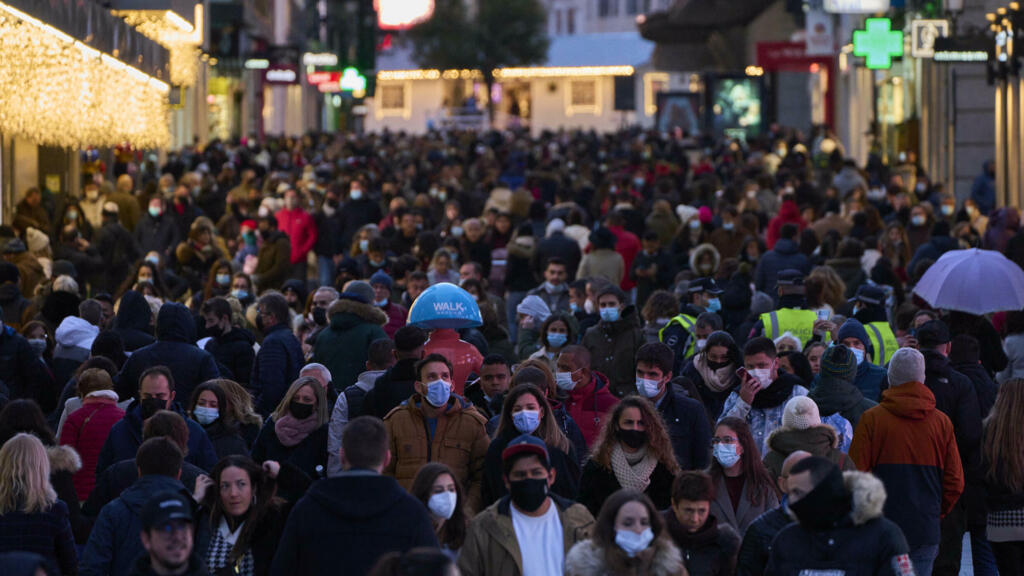 The world is overwhelmed by the explosion of the Omicron variant, much more contagious than the previous ones. Some countries agree to let the pandemic slip away and strengthen vaccination to achieve herd immunity. Spain is preparing to consider Covid-19 as a disease that will be part of everyday life, like the flu.

Faced with the explosion of Covid-19 cases, boosted by the Omicron variant, what strategy to adopt? In Spain, the central government plans to consider Covid-19 as an “endemic disease”, that is to say an infectious disease present latently or permanently, like the flu.

“We must now assess the evolution of Covid-19 into an endemic disease and continue to strengthen immunization, protection and institutional cooperation,” the Spanish Prime Minister said on January 10. To justify his remarks, Pedro Sanchez underlined in his country “very high protection rates” thanks to the vaccination campaign. In Spain, 81.52% of the population had a complete vaccination schedule as of January 11. In France, on the same date, this figure rose to 74.59% of the population, according to the site Our World in Data, which compiles data analyzed by specialists.

Anticipating a hypothetical trivialization of Covid-19, the Spanish government is in the process of developing a pandemic control system modeled on that put in place for the flu epidemic, according to news from the daily El Pais. According to the Minister of Health, Spain wants to take the lead on this subject, on an international scale. This system, which should come into force after the Omicron wave, “will notably consist of no longer counting the number of infections, and people showing symptoms will no longer have to take a test” to avoid clogging up laboratories, can we read in El Pais.

As with the flu epidemic, authorities would rely on statistical samples that could provide insight into the evolution of the disease. According to the newspaper, the recovery of this data would be done through “a network of doctors who could report how the virus is spreading”. But before seeing the light of day, this device should be authorized by the European Center for Disease Prevention and Control and the World Health Organization, warns El Pais.

>> To read also: In Europe, the challenge of keeping schools open despite the Omicron variant

For epidemiologist Catherine Hill, this system of polls could make it possible to correctly estimate the number of positive people. “To monitor the epidemic, the English carried out PCR tests on representative samples of the population. In France, we do not monitor the epidemic, because we do not know how many people are positive for instant T”, specifies the specialist to France 24. “We know how many people are positive, but it depends on who has been tested and we have no control over who has been tested. There are those who come every three days and those who never came. We find only the submerged part of an iceberg”.

An evolution of the virus difficult to predict

Elsewhere in the world, some are preparing to see the pandemic decrease, while exercising caution. The United States could be “on the threshold” of a transition period, after which it will become possible to “live with” the virus, said doctor Anthony Fauci on Tuesday. “As Omicron goes up and down, I hope we will have a situation with (…) a combination between good background immunity and the possibility of treating a person at risk”, assured the adviser of the House White on the health crisis.

The European Medicines Agency is also moving in this direction. “As immunity increases in the population – and with Omicron there will be a lot of natural immunity in addition to vaccination – we will move quickly towards a scenario that will be closer to endemicity,” Marco said. Cavaleri, head of vaccine strategy at the EMA, based in Amsterdam, before qualifying his remarks. “We must not forget that we are still in a pandemic”. The WHO has also called for caution. “We still have a virus that is evolving quite rapidly and posing new challenges, so we are certainly not at the point where we can call it endemic,” said the head of emergencies at WHO Europe. , Catherine Smallwood.

>> To read also: The existence of “Deltacron”, merger of Delta and Omicron, “is very probable”

For Antoine Flahault, professor at the Faculty of Medicine of the University of Geneva, joined by France 24, it would be more precise to consider Covid-19 as a future “endemic-epidemic” disease, like the flu. . “The virus continues to circulate quietly during the hot season, but during the cold season it circulates in an epidemic fashion. It is not exactly the same scenario as the endemic type where the circulation of the virus is done quietly while throughout the year, like AIDS or hepatitis B. It’s completely different because seasonal flu epidemics can be disruptive in terms of society”, explains the director of the Institute. of Global Health.

Catherine Hill says, for her part, that “it is extremely difficult to make predictions because the virus mutates”. “SARS-CoV-2 has not disappeared. It mutates all the time and when a mutation gives it an advantage, in particular that of being more contagious, it gains ground compared to other variants”, explains the researcher at the Gustave Roussy Cancer Institute. Furthermore, not all light has been shed on Omicron. “Will this unprecedented wave be accompanied, by its magnitude, by very high mortality or reduced mortality?” Asks Antoine Flahault.

“Omicron is not the flu or the common cold”

According to the WHO, more than 15 million people contracted Covid-19 in the first week of January worldwide, a new record since the start of the pandemic. Deaths increased by 3% and their weekly incidence was highest in the European and American regions. In addition, the European branch of the World Health Organization estimated on January 11 that more than 50% of Europeans could be affected by Omicron within two months. “Omicron is not the flu. Omicron is not the flu or the common cold. SARS-CoV-2 is not yet endemic. Now is not the time to give up,” tweeted the following day , WHO epidemiologist Maria Van Kerkhove.

According to the director of the Institute of Global Health, there are however “signs of hope in this pandemic which has lasted a little too long”. “With Omicron, we see that, if the first immune dam, that of the antibodies, is pierced by the variants, the second immune dam, which is formed thanks to our lymphocytes, prevents us from serious forms whatever the variants. And that -this consolidates after infection with Covid-19 and after vaccination. This second dike is higher and higher against serious forms”, explains the epidemiologist.

The strengthening of vaccination and the natural immunity caused by Covid-19 infection has prompted Israel to relax its restrictions, unlike most countries in the world. At the end of November, the Jewish state, which was among the first to vaccinate massively, had closed its borders after the discovery on its soil of a first case of Omicron. On January 9, Israel reopened them despite health authorities facing a record number of contaminations.

In the United Kingdom, the Prime Minister, Boris Johnson, also refuses a tightening of the measures: contact cases are no longer required to isolate themselves as long as they are negative and the Minister of Health announced, Thursday, to shorten the isolation period for Covid-19 patients from a minimum of seven days to five days, subject to a negative test. The government is banking on vaccination, the creation of emergency beds in hospital car parks and the multiplication of tests. The difference with France and Spain is that in England, the epidemic peak was reached at the start of the year.

One thought on “Covid-19: from pandemic to endemic, hope for a scenario”