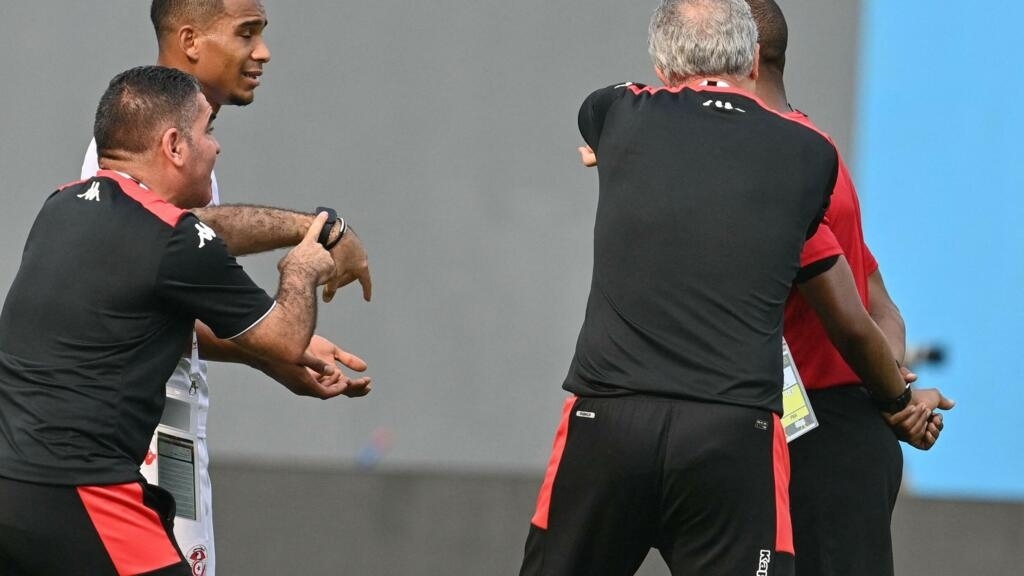 The Mali-Tunisia match (1-0) of the African Cup of Nations came to an incredible end, with a premature final whistle which aroused the anger of the Tunisians. The result of the match was however validated on Thursday evening by the Confederation of African Football.

The Confederation of African Football (CAF) validated, on the night of Thursday 13 to Friday 14 January, Mali’s victory against Tunisia (1-0). The match had been cut short by a few minutes by the referee, causing a scandal and the anger of the Tunisians. This incident tarnished the image of an African Cup of Nations (CAN) already battered by the waltz of positive tests and player withdrawals.

The images of the Tunisians furious against the Zambian referee Janny Sikazwe, who whistled the end of the match too early, while they still had added time to equalize, went around the world of football.

This gesture of the referee is “inexplicable” according to the coach of the “Aigles de Carthage” Mondher Kebaier, and was considered “scandalous” by the Tunisian press.

The referee was probably unwell, by 35°C and 65% humidity at the start of the afternoon, according to a source at CAF, which would explain his mistake.

“This is unheard of”

For Patrice Neveu, coach of Gabon, this incident “is more than bad for the image of the tournament. It’s unheard of. Even if the referee whistles too early, his assistants or the VAR can signal him” .

Neveu, positive for Covid, reluctantly illustrates another concern of the CAN, faced like the rest of the planet with the pandemic. Besides the fact that the requirement for health passes does not help to fill the stadiums, which are very empty, except for the organizing country and in Garoua, thanks to the Nigerian neighbors, it disrupts the competition.

More serious, an exchange of gunfire in the city of Buea, Wednesday, between separatists from the English-speaking West and soldiers, recalls the tension which reigns in Cameroon, in this zone as in the North threatened by Boko Haram.

The CAN suffers from a bit of unpreparedness, the workers still busying themselves at the brand new Olembé stadium, in Yaoundé, to pull the last wires and put the last signs.

And the stadiums are almost empty, except for the Cameroon-Burkina Faso opener and for Nigeria-Egypt, a clash in Garoua, near the Nigerian border. Thursday, the host country played against Ethiopia in front of a very modest room, a popular acknowledgment of failure.

Before, the tournament had already been depreciated by the reluctance of European clubs to let go of their African internationals. The holding of the competition itself had been questioned. The brand new president of the Cameroonian Football Federation (Fécafoot), the ex-star Samuel Eto’o, had to step up to impose that the CAN is indeed played in Cameroon, on the scheduled dates.

1 thought on “CAN-2022: Mali’s victory against Tunisia validated”