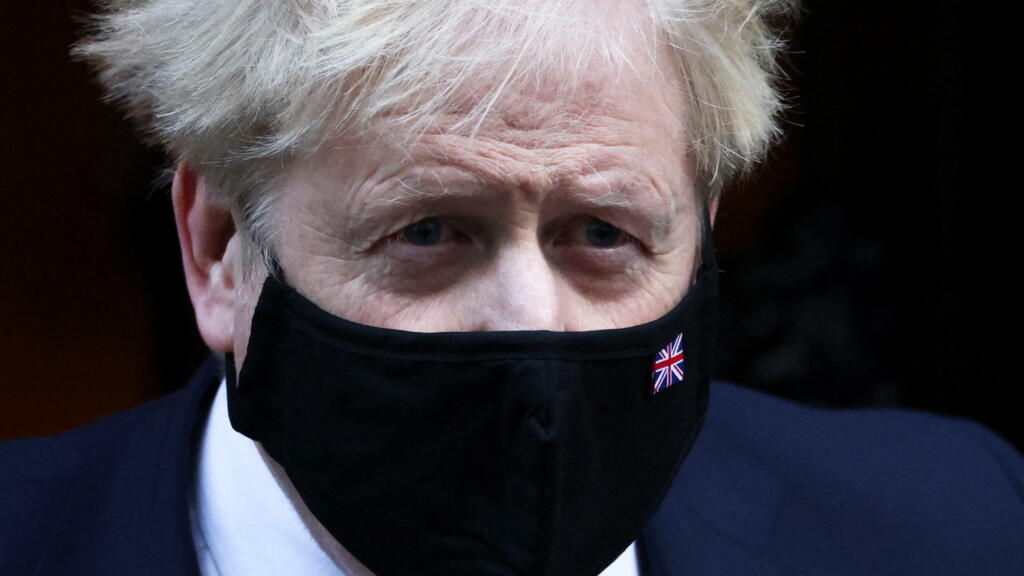 Scandals are piling up for Boris Johnson. After a new controversy over an evening in Downing Street in full confinement, for which the British Prime Minister apologized, the newspaper The Telegraph reveals another party on the eve of Prince Philip’s funeral.

Will Boris Johnson emerge unscathed from this “partygate”? Targeted by calls for resignation within his own majority, the Prime Minister is fighting for his retention at the head of the British government after his mea culpa for his presence at a party in Downing Street in full confinement in 2020.

The situation got even more complicated on Thursday 13 January, after Telegraph revelations reporting another party in Downing Street, still in full confinement, but this time on the eve of the funeral of Prince Philip, husband of Queen Elizabeth, while the country was in national mourning.

Already dogged by a series of other scandals, the 57-year-old Conservative leader apologized to parliament on Wednesday for attending a party on May 20, 2020 in the gardens of his official residence, saying he then thought he was was a business meeting.

The event, for which an invitation had been sent by his secretary to around 100 people with the suggestion that they bring their bottles, took place during a traumatic time for Britons. In the midst of the first wave of Covid-19, only two people were allowed to meet, outside, and many Britons were unable to say goodbye to their dying loved ones.

Immediately, the opposition parties, Labor in the lead who accused him of lying, demanded his resignation, while the members of his government in their majority gave him their support, on Twitter or in the media.

However, the subject is not unanimous in the ranks of the Conservatives, who until recently praised Boris Johnson’s ability to seduce, with his promise to achieve Brexit, the popular classes of northern England formerly won over to Labour. .

The very timorous support given to him by a heavyweight in the executive, Finance Minister Rishi Sunak, perceived as a potential candidate for the post of Prime Minister, has thus been widely commented on.

On the move in Devon, in the south-west of England, while the head of government faced the wrath of deputies, Rishi Sunak took eight hours to line up behind him, via a tweet in which he insists on his own commitment to employment in the UK.

“The Prime Minister has done well to apologize and I support his request to be patient” pending the results of the internal investigation by senior civil servant Sue Gray, he soberly declared.

Expected at best next week, the conclusions of this internal investigation now promise to be decisive for the fate of Boris Johnson.

Towards a vote of no confidence?

Mocked for the line they are toeing consisting of not investigating after the fact into breaches of anti-Covid rules, the London police announced on Thursday evening that they would reconsider their way of seeing things if the internal investigation puts in evidence of potential criminal offences.

A sign of the cracks that are cracking the unity of the ruling party, the revolt is also brewing among Scottish Conservatives, who consider his position untenable, and Tory deputies in Westminster.

Like Roger Gale, for whom Boris Johnson is a “living dead”, some elected officials have openly said they are in favor of a vote of no confidence in the Conservative Party in order to push it towards the exit.

“The position of the Prime Minister is untenable and I believe that the conclusions of a civil servant should not be allowed to determine his future,” agreed another MP, William Wragg, the deputy chairman of the powerful 1922 Committee, responsible for the parliamentary organization of training. “It is up to the Conservative Party, if not the Prime Minister himself, to make that decision,” he added on the BBC.

This scandal comes on top of other revelations about parties organized in circles of power during the confinement periods of the past two years, as well as accusations of corruption and favouritism.

Boris Johnson, who came to power triumphantly in July 2019, has since seen his long-lasting popularity plummet in the polls. One, produced by YouGov for the Times ahead of its apology, gives Labor a wide ten-point lead, the first in nearly a decade.

Thursday, the head of government escaped the cameras and questions from the media: contact case, he canceled a planned visit to a vaccination center

1 thought on “In the UK, calls for the resignation of Boris Johnson are increasing”