The British authorities have a suspicion: There is a Chinese spy in parliament! Who should it be? – NEW TIME 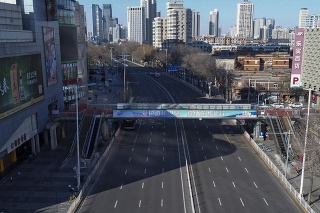 According to MI5, the agent is a woman named Christine Ching Kui Lee, who is the head of a British law firm.

She is a Chinese “agent of influence” and is allegedly linked to the United Front’s Central Committee of the Communist Party, which is being credited with attempts to spread Beijing’s influence abroad.

“According to our assessment, the (aforementioned) department seeks to intervene covertly in British politics, establishing and cultivating contacts with MPs and candidates from all political parties to ensure that the UK political scene is conducive to the Chinese Communist Party’s agenda,” it is written in the MI5 document, which adds that this was also done by resorting to illegal methods.

According to The Sun Lee, on behalf of foreign nationals, she has helped make financial donations to political parties, legislators and potential candidates for public office in Britain and various political entities.

There is evidence that e.g. she provided nearly £ 700,000 to Labor – mostly through the office of MEP Barry Gardiner, who, while confronted by security services, employed Lee’s son, Daniel Wilkes, as an assistant.

Security services, meanwhile, have told Gardiner that “they have no intelligence to show that (Wilkes) was aware of or involved in his mother’s illegal activities,” wrote The New York Times.

Former Prime Minister Theresa May, whose conservatives were suspected of receiving million donations from Russia, awarded Lee a prize in 2019 that praised her contribution to Sino-British relations.

In an extraordinarily rare move, MI5 released a warning about Lee and her photo on Thursday.

The Sun reported that Christine Lee was not detained despite the scandal that broke out in connection with her, even though she is in the United Kingdom.

The AFP agency wrote on Friday that the Chinese embassy in London denied all allegations of MI5 and the British press, stating that “we do not need and never try to buy influence in any foreign parliament.”

The embassy also resolutely objected to similar denigration and intimidation of the Chinese community in the United Kingdom.

Iain Duncan Smith, a conservative MP on whom China imposed sanctions, said the presence of an active Chinese government agent in British politics was a matter of grave concern.

He added that people seeking refuge from the Chinese Communist Party in Britain must be threatened.

One thought on “The British authorities have a suspicion: There is a Chinese spy in parliament! Who should it be? – NEW TIME”