United States: the leader of a far-right group arrested for his role in the assault on the Capitol 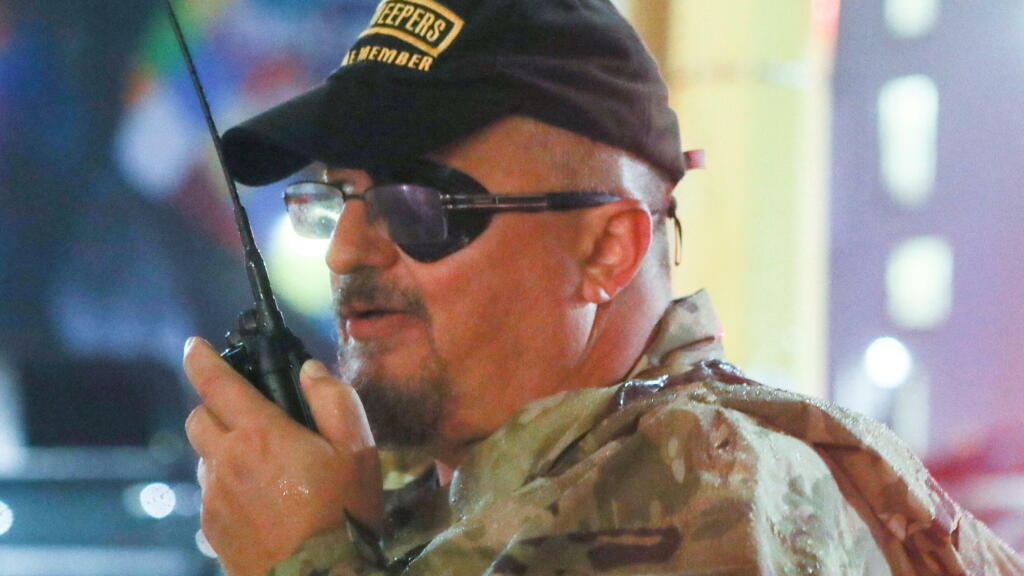 The charismatic leader and founder of the Oath Keepers, one of America’s leading far-right groups, was arrested on Thursday on charges of “sedition” for his role in the violent assault on the Capitol on January 6, 2021.

The investigation into the assault on the Capitol in Washington continues. The founder of the Oath Keepers (“Keepers of the Oath”) Stewart Rhodes was arrested on Thursday January 13 for his role in the deadly event of January 6, 2021. Like him, ten other members of this American far-right group have been charged of “sedition”.

This is the most serious charge to date against participants in the attack on the headquarters of Congress, when elected officials certified Joe Biden’s victory in the presidential election.

In another part of this vast investigation, the parliamentary commission, responsible for shedding light on the events of January 6 and establishing the responsibility of Donald Trump, announced Thursday to assign the social networks Alphabet, parent company of Youtube, Meta ( formerly Facebook), Reddit and Twitter.

Lawmakers want to know “how much the spread of disinformation and violent extremism has contributed” to this onslaught and what steps these companies have taken to prevent their platforms from becoming tools of radicalization.

Stewart Rhodes, 56, was charged with “sedition” along with ten other members of the Oath Keepers.

>> To read also: Attack on the Capitol: the “Oath Keepers”, the paramilitary fringe of the attackers

Nine of them had already been arrested and faced charges of “criminal association” to interfere with an official process or violence, which involved a certain degree of coordination.

The charge of “sedition”, very rarely used and punishable by 20 years in prison, goes further.

It involves having conspired against the government or one of its laws, a much more political dimension.

Two days after the presidential election on November 3, 2020, Stewart Rhodes had claimed in an encrypted conversation with other members: “We cannot get out of this without a civil war”, according to the indictment.

Before January 6, Stewart Rhodes “associated” with some of his co-defendants “in order to prevent the peaceful transfer of power”, in particular “by using violence”, it is indicated.

The arrested members of the Oath Keepers thus “organized transport from all over the country to Washington, equipped themselves with all kinds of weapons, dressed in combat gear and were ready to answer Rhodes’ calls to arms”.

Their goal was to “forcibly enter and attempt to take control” of the Capitol, the document claims.

At the time of the attack, Stewart Rhodes, a former serviceman who founded the Oath Keepers in 2009, was near the Capitol, but it’s unclear whether he entered its compound.

In addition to Stewart Rhodes, a law graduate from Yale University before practicing in Montana, the police arrested Thursday, in Arizona, another member of this radical group, Edward Vallejo, 63 years old.

Recognizable by his patch over his left eye, he is the figurehead of this largely decentralized paramilitary organization with several thousand members, according to the Anti-Defamation League (ADL), which fights anti-Semitism and racism.

The Oath Keepers notably oppose the federal government, accused of collaborating with a global conspiracy to deprive American citizens of their rights, in particular that of owning a weapon.

The organization primarily recruits soldiers, police, firefighters or members of the emergency services, who have sworn to protect the American Constitution “against its foreign and domestic enemies”, according to the ADL.

Upon entering the Oath Keepers, they also promise to disobey any order from a “tyrannical government” that violates the Constitution, such as to “disarm the Americans” or impose martial law on the country.

The Oath Keepers, dressed in military uniforms and armed, increased their visibility in 2020 by participating in protests against restrictions imposed in some states to stem the Covid-19 pandemic. They also displayed themselves on the sidelines of the major anti-racist demonstrations which shook the country to, according to them, protect businesses from looting.

The group also takes up conspiracy theories such as the existence of a “deep state” within the American administration wanting to establish a “new world order” and undermine the authority of the United States. ex-president Donald Trump.

Since January 6, more than 725 people – including members of far-right groups Proud Boys, Oath Keepers or Three Percenters – have been arrested for their part in the assault on the Capitol.

One thought on “United States: the leader of a far-right group arrested for his role in the assault on the Capitol”