Silvio Berlusconi to conquer the Italian presidency, “a tragic joke” 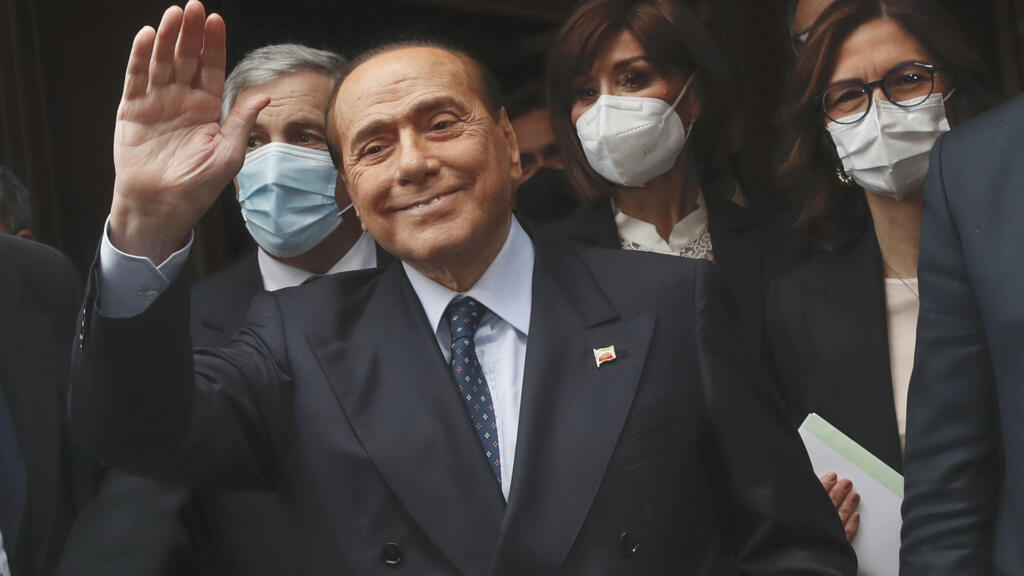 Overwhelmed by court cases, fragile health and a sulphurous reputation, Silvio Berlusconi should, in theory, have difficulty climbing the Quirinal in Rome. But drawing a line under the “Cavaliere” nevertheless remains a risky bet when he is seriously committed to running for the Italian presidency at the end of the month.

Regarding immunity, Indro Montanelli, like the many other experts who have constantly criticized the Cavaliere (the Knight), was wrong. Silvio Berlusconi’s political career – and his popularity – have steadily climbed.

After serving all or part of four separate terms as head of government, longer than any other leader since Benito Mussolini, Silvio Berlusconi is now determined to climb the Quirinal, Rome’s highest hill and the seat of the Italian presidency. Always a storyteller, he presented his quest as the fulfillment of a childhood promise made to his mother.

This week, he is due to welcome other right-wing leaders to his Roman villa, hoping to win the support of their lawmakers when parliament begins the long process of electing the next Italian head of state, the next January 24. He has also reached out to MPs from other political groups, including those deemed most hostile to his candidacy, knowing that if he wants to succeed outgoing President Sergio Mattarella he will have to win votes from the camps. rivals.

Silvio Berlusconi’s unlikely bid for the presidency, aged 85, comes just over a year after he was seriously ill with Covid-19, five years after he suffered open-heart surgery, and a decade after he was sentenced to prison for tax evasion and barred from public service. Unsurprisingly, his presidential ambitions have been met with bewilderment and amusement, not least because the former prime minister is still on trial for allegedly paying bribes to witnesses in an underage prostitution case linked to his famous “Bunga” parties. Bunga”.

Still, “Berlusconi himself is certainly very serious,” said Maurizio Cotta, a professor of political science at the University of Siena, believing that the current state of Italian politics gave the former prime minister a slim chance of winning. ‘get out.

“There is currently no strong political majority in the country, and no political leader with a clear strategy,” adds the academic. “Berlusconi is making the most of this vacuum, just as he did in 1994, after the collapse of the old post-war parties.”

“Being elected would seal his revenge”

Two decades before Emmanuel Macron pulled a political party out of his hat and engineered a victory at the Élysée Palace, Silvio Berlusconi, a media mogul with no political credentials, pulled off the same sleight of hand in Italy in half the of time.

Made up of marketing strategists in business suits, the Forza Italia (Go Italy) party was only five months old when its founder came to power in the spring of 1994. While its first, highly inexperienced administration collapsed quickly, Silvio Berlusconi, turned political mogul, continued to dominate the chessboard for the next two decades, rebounding with further electoral triumphs in 2001 and 2008.

His legal troubles finally caught up with him the following year, when he was imprisoned for tax evasion and expelled from power, although his prison sentence was commuted due to his advanced age.

Since then, Silvio Berlusconi has continued to act in the shadows, assuming the role of kingmaker. But today, he wants to regain his place in the limelight.

“Being elected to the Quirinal would seal his revenge after being expelled from Parliament due to his legal problems”, explains Maurizio Cotta. “It would support Silvio Berlusconi’s claims of a conspiracy against him, and mark the pinnacle of his political career.”

Playing on the fragile balance of power

The pinnacle of Italy’s political system, the Quirinal sits somewhere between the powerful French presidency and the essentially ceremonial role of the German head of state. Its significant powers manifest themselves especially in times of political instability. Instability which Italy does not lack.

“When the political parties can lead the country by themselves, the president tends to step aside”, analyzes Maurizio Cotta. “However, it is increasingly common for parliament to be deadlocked, forcing the president to intervene. This pattern is likely to continue into the near future, with no immediate prospect of building a strong coalition. “

The former head of the European Central Bank has been touted as the strongest potential candidate for the presidency. But analysts fear a premature departure of Mario Draghi could upset the delicate balance of power in his government, just as Italy emerges from the devastation caused by the Covid-19 pandemic.

It is, moreover, a fear on which Silvio Berlusconi sought to play, warning of new elections and potential instability if Mario Draghi moved from the Prime Minister’s office to the presidency.

Everything for the presidency

In an effort to improve his own credentials, the Cavaliere presented himself as an experienced statesman capable of standing above the political fray.

Last November, he sent an anthology of his speeches to almost all of the roughly 1,000 members of parliament who will elect the next president. Recently, he praised a citizen income welfare system championed by the anti-system 5 Star Movement in a bid to influence some of its members who are usually among his worst enemies. .

The former real estate, advertising and media mogul, who earned his first paycheck door-to-door selling vacuum cleaners, is doing everything he can to promote his candidacy. According to Italian daily La Repubblica, he spent much of the holiday season handing out well-wishes and gifts and making personal phone calls to lawmakers on the left, right and center.

“Berlusconi desperately wants this job. He is doing everything he can to get it, collecting the votes one by one,” reports Maurizio Cotta. “He remains the great emberlificoteur: an unequaled seller and in this case, a seller of himself”.

In the Italian political system, candidates for the Quirinal must win two-thirds of the votes to win the presidency. However, if no one achieves this goal in the first three rounds – and this is usually the case – the bar is lowered to 50% of the votes plus one.

To cross this threshold, Silvio Berlusconi then hopes to obtain fifty votes out of a total of 113 “unaffiliated” legislators, counting on the secrecy of the vote. He must also ensure the massive support of the center-right bloc, which will require the official support of the nationalist rights of Matteo Salvini and Giorgia Meloni.

“The center-right is united and convinced in its support for Berlusconi,” said Matteo Salvini, the head of the Lega (hard right), seeking to dispel rumors of divisions on the right. However, his party is said to be already preparing a plan B in the event of the failure of the Cavaliere’s candidacy for the presidency.

According to the political science professor interviewed by France 24, Matteo Salvini and Giorgia Meloni are torn between their desire to maintain center-right unity and their reluctance to let Silvio Berlusconi restore his leadership on the bloc. “They know that Berlusconi would take a lot of the spotlight away from them,” he explained. “My hunch is that they don’t want him in the president’s seat but don’t know how to say that.”

From a mathematical point of view, Silvio Berlusconi’s chances of winning the presidency seem slim, says Maurizio Cotta, adding however: “An accident is always possible – and that would send a very bad signal”.

Last month, Fatto Quotidiano journalists launched a petition urging Italian lawmakers not to give their support to the four-time former prime minister. “The President of the Republic must be the guarantor of the Constitution, [alors que] Silvio Berlusconi is the guarantor of corruption and prostitution,” they wrote in the petition, signed by more than 200,000 people.

In addition to his tax evasion conviction, the billionaire’s litany of legal troubles “is not a minor problem”, adds Maurizio Cotta. “Berlusconi is neither above the fray nor legally ‘clean’. Some cases have ended in his acquittal, others in the expiration of the statute of limitations. Either way, they paint an unfit profile to the office of President.”

One thought on “Silvio Berlusconi to conquer the Italian presidency, “a tragic joke””