Big reversal and shock before the Australian Open: Djokovic canceled his visa! – Sports 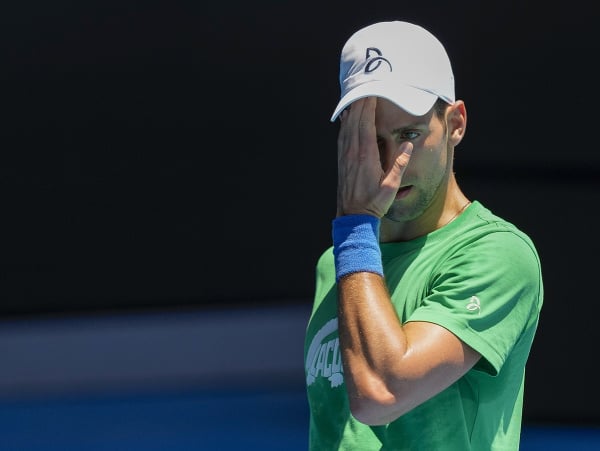 MELBOURNE – Australian Immigration Minister Alex Hawke has revoked the visa of Serbian tennis player Novak Djokovic. The world leader will probably not be able to start at the Australian Open grand slam tournament.

“I have used my powers to abolish Mr Novak Djokovic’s visas in the interests of public health and good manners,” Hawke said in a statement. The Serb thus faces deportation from the country only three days before the start of the Australian Open, where he was to defend the title. “Prime Minister Scott Morrison’s government is firmly committed to protecting Australia’s borders, especially in the context of the COVID-19 pandemic,” Hawke said.Djokovic’s lawyers are expected to try again to reverse the decision in court.

Twenty-time Grand Slam winner Djokovic, the opponent of the vaccination, received an exemption from mandatory vaccinations for participation in the Australian Open on the basis of coronavirus, but the authorities refused his visa upon arrival. The Serbian tennis player overturned the decision in Monday’s court due to a procedural mistake by immigration officials. Since then, Minister Hawke’s statement has been awaited.

Iraq: an attack attributed to IS kills 11 soldiers in the east of the country

Meat Loaf, Legendary ‘Bat Out Of Hell’ Singer, Dies At 74

One thought on “Big reversal and shock before the Australian Open: Djokovic canceled his visa! – Sports”