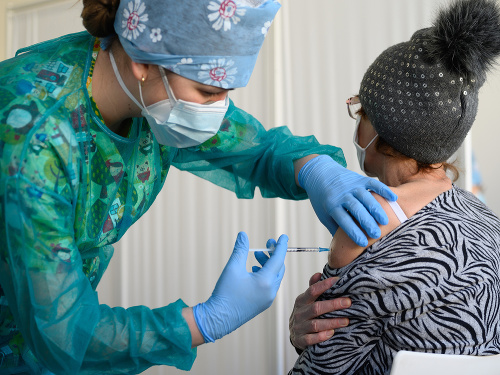 Senators agreed that unoccupied people should be banned from restaurants and cultural facilities, as well as traveling longer distances by train or plane. So far, only a negative coronavirus test has been sufficient for these purposes. The tightening of measures is intended to help the country fight the fifth wave of covid, which has sharply increased the number of people infected in recent weeks.

The new restrictions for the unvaccinated will apply as long as there are more than 10,000 patients with COVID-19 in French hospitals. There are currently about 24,000 of them. However, members of the Senate refused to accept tougher penalties for non-compliance with restrictions and to ease that restaurants have to verify the identity of customers. According to senators, such inspections can only be carried out by the police. There will also be several exceptions to the measures taken. For example, in exceptional cases, the unvaccinated will only be able to travel longer distances with a negative test. The obligation to submit a vaccination certificate will only be valid from the age of 18. People who have surpassed the covid will also have access to public events and businesses.

In France, the highly contagious omicron is already the dominant variant of the new coronavirus. Authorities reported nearly 362,000 new cases on Wednesday, according to the DPA.

French teachers have called a strike for a chaotic covid policy

French teachers announced a strike on Thursday to protest the chaotic strategy of fighting covid in schools. It is estimated that up to three-quarters of educators could be involved in the strike, which could cripple the activities of about half of the schools, the AFP agency reported. The teachers decided not to start work after the government changed the current anti-civic rules in schools three times a week. They demand a coherent approach and better protection for pupils and teachers against the spread of the disease.

According to the largest teachers’ union Snuipp-FSU, the strike is a manifestation of the growing despair of school staff, where it is now almost impossible to teach. Trade unionists also criticize the fact that they often find out about the rules only through the media. The strike takes place during the beginning of the campaign before the April presidential elections in France, which records opponents of the current president Emmanuel Macron.

The French government presents as a success the fact that, despite the pandemic, it manages to ensure the functioning of schools, but dissatisfied teachers do not perceive it so positively. “Schools are no longer open, they are day care centers,” According to the Snuipp-FSU unions. A total of 11 union associations were to take part in the strike on Thursday, so it could be the largest protest of its kind in a few decades, AFP writes. The unpopular Minister of Education, Jean-Michel Blanquer, called on teachers to abandon their intention. “No virus strikes,” declared.