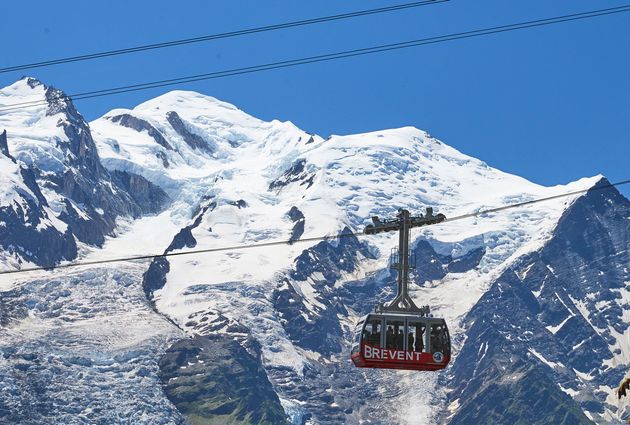 French ski resorts relieved by the return of the British

SKI – French ski resorts were eagerly awaiting the return of the British. From Friday 14 January, people vaccinated against Covid-19 will be authorized to come from UK without having to present a compelling reason, announced this Thursday the Minister Delegate in charge of Tourism and SMEs, Jean-Baptiste Lemoyne. Much to the relief of professionals in the winter holiday industry.

“For vaccinated people, we also end the 48-hour isolation period,” said the minister on TV5 Monde. “We will again be able to travel from the United Kingdom for leisure reasons and go skiing” in French resorts, he added, anticipating the reactions of this tourism sector.

⚠️ #borders | We are relaxing the conditions of entry into ?? since ?? for vaccinated travellers.
➡️end of compelling reasons and isolation on arrival
➡️a negative test <24h will be requested at the start
The decree will be published tomorrow morning, with immediate entry into force pic.twitter.com/cthQc0D6qP

According to Jean-Baptiste Lemoyne, “the British clientele is 15% of the clientele of French ski resorts”. While for two years the State has supported to the tune of 38 billion euros the actors of tourism victims of the economic consequences of the health crisis.

Interviewed mid-December speak HuffPost, several players in the sector had expressed their frustration when the French government had decided to limiting the movement of people from the UK, then heavily affected by a wave of Covid-19 contamination.

If the Minister of Tourism had assured that the “winter vacation present themselves well” despite the absence of the British, Alexandra Bechu, owner of the restaurant La Grange in Morzine, in the French Alps, had told the HuffPost deal with “lots of cancellations”. For Michel Roguet, president of the association of merchants in the city and ski equipment rental company, “the mountain [était] sanctioned again”.

Change of atmosphere since the announcement this Thursday of Jean-Baptiste Lemoyne. “The news spread like wildfire,” exclaimed the director of the Alpe d’Huez Tourist Office, François Badjily. “It’s a great relief, it’s a lot of joy,” he added to AFP.

In the station, “one in two customers is foreign and half of the foreigners are British, that is to say a quarter of our customers, he continued. But that represents much more in terms of turnover: their average basket is higher than that of our fellow citizens”, he specifies. After an excellent Christmas vacation, the following ten days the arrival of “Belgians, Dutch, Danes who were still on vacation, had somewhat cushioned the shock” of the absence of the British, according to François Badjily.

“We are very happy and very satisfied with the decisions taken”, also reacted Gilles Delaruelle, general manager of Courchevel Tourisme. “We expect a large wave of bookings for February and March.”

A return estimated at nearly one billion euros

“This is very, very good news for all the major alpine resorts such as Val d’Isère, Val Thorens, La Plagne, Les Arcs,” added Didier Arino, director of the French specialist firm Protourisme with AFP, adding “ nearly a billion euros for the French mountains” the economic benefits of the British in winter.

According to Protourisme, British customers represent 42% of Val d’Isère’s customers, and in the two Savoies, they represent four out of ten foreign customers and around 36% of overnight stays.

On the British side, the professionals are also delighted. “France is one of the most popular destinations for holidaymakers” from the country, a spokesman for the British association of tour operators ABTA told AFP. “It is therefore a great relief for customers who had booked their holidays for the next few weeks, and were anxiously awaiting news,” he said.

Chris Logan, managing director of the specialized travel agency Crystal Ski, observed “a number of reservations in France which had doubled as of Wednesday”. For its part, the Eurostar company said it was “ready to welcome more passengers” on its trains, with a gradually increased frequency of service “in the weeks to come, to offer more flexibility and choice”.

See also on The HuffPost: Reopening of ski resorts, why this director hesitates to believe it