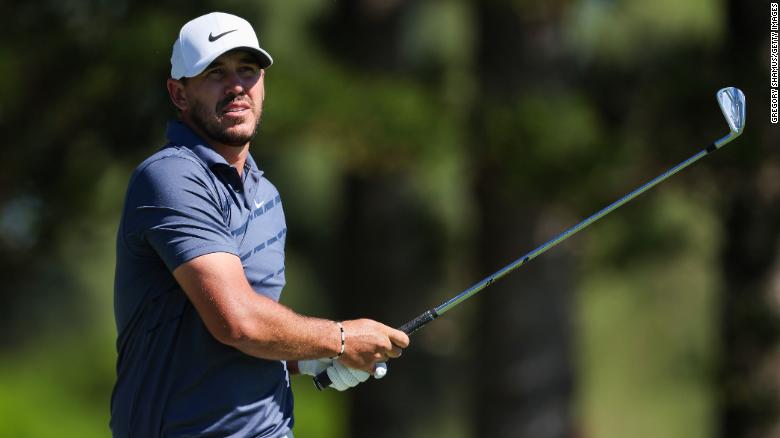 (CNN) — Forget watching Netflix and kicking back on the couch, it’s time to practice your best golf shot with a new docuseries.

The streaming service announced Wednesday that it will partner with the PGA Tours and the main golf championships to launch an “immersive documentary series”.

The docuseries will follow the lives and stories of some of the Names biggest names in the sport as they compete around the world during the 2022 season.

The announcement revealed the star-studded cast of golfers it will follow, in a series that will be produced in part by the company behind Formula 1’s “Drive to Survive” series, which has become so popular.

Brooks Koepka hits his shot off the second tee during the third round of the Tournament of Champions.

For the first time in the world of golf, the four bodies that organize golf’s major championships – the Augusta National Golf Club, the PGA of America, the USGA and the R&A – will provide access to all four majors, as well as some of the major events on the PGA Tour calendar, such as the Players Championship and the season-ending FedExCup.

With “unprecedented access to the details and behind the scenes,” the series aims to show the “intensity of training, travel, victory and defeat through the lens of a diverse group of players and their support teams,” Netflix said in your statement.

“This partnership with Netflix offers the PGA Tour and the Big Four Championships the opportunity to reach an entirely new and diverse audience,” said Rick Anderson, media director of the PGA Tour.

“This documentary will give fans an authentic look at the real lives of our athletes, and what it’s like to win—and lose—during a season on the PGA Tour.”

“We are delighted to bring together golf’s leading organizations and players for this first-of-its-kind partnership, and an unprecedented window into life on the Tour,” Brandon Rigg said, Vice President of Documentary and Unscripted Series at Netflix.

“Our members will love meeting the players and personalities as well as the landmarks along the course. Not even the most devoted golf fan has ever seen the sport this way.”

Jordan Spieth hits his shot off the second tee during the third round of the Tournament of Champions.

Netflix also announced that it would be following No. 1 amateur golfer Keita Nakajima as he plays in the first majors of his career.