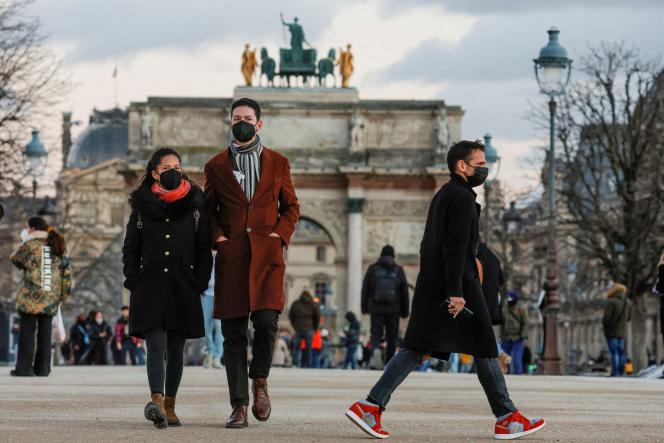 The administrative court of Paris suspended, Thursday, January 13, the prefectural decree which makes it compulsory to wear a mask outdoors in Paris since December 31.

This decision comes the day after that of the Administrative Court of Versailles, which had suspended a similar decree concerning Yvelines – a first on national territory – considering that the measure was “an excessive, disproportionate and inappropriate interference (…) individual liberty”.

The decision on this order of the Paris Police Prefecture, taken to deal with the emergence of the Omicron variant, will be published on Friday, added the Paris administrative court. Requested by Agence France-Presse (AFP), the police headquarters reserved its response to receipt of the decision.

“As it was neither necessary nor strictly proportionate, the administrative court wished to suspend the decree”, for his part commented to AFP Jean-Baptiste Soufron, who pleaded for the suspension of this decree.