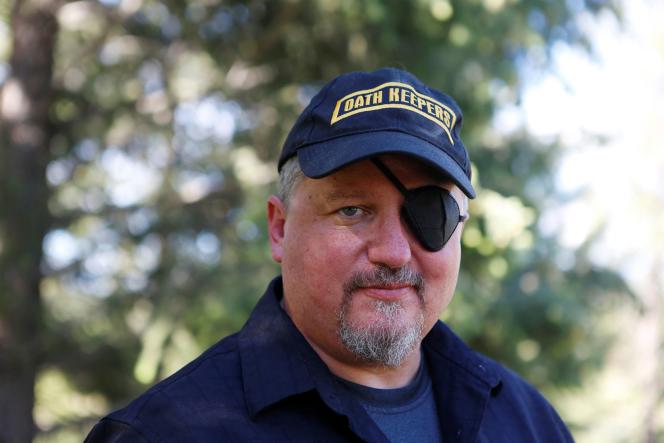 The FBI crosses a major milestone in one of the most sensitive investigations in its history, with immense political implications. For the first time in a year, the charge of “conspiracy of sedition” has been brought against participants in the assault on the Capitol, January 6, 2021. Among the eleven people affected is Stewart Rhodes, the founder of the far-right Oath Keepers militia. Punishable by twenty years in prison, this rarely used and complex charge to prove shows the will of the investigators to support the operational premeditation, the day of the attack, beyond the supporters of Donald Trump carried away by the fatal fervor of this moment when the certification of the presidential election was almost compromised.

In one year, nearly 725 people have already been arrested, including 225 for acts of violence and obstruction against the police. In a long statement, the office of the attorney for the District of Columbia, in charge of the investigation, detailed, Thursday, January 13, the charges against the members of the Oath Keepers. They played a key role, along with the Proud Boys, in heightening popular anger and encouraging confrontation with the police deployed in the Capitol. “From late December 2020, via encrypted and private messaging, Rhodes and various co-conspirators coordinated and planned the trip to Washington,” the statement said, adding that these men “have made plans to bring weapons into the area in support of the operation”.

Read also: Article reserved for our subscribers A year later, a look back at the day when American democracy faltered

The charge for “conspiracy” is justified, according to the Attorney General, by the modus operandi adopted: the organization of small coordinated teams, the recruitment, the training, then the delivery of paramilitary equipment to the scene – “including knives, sticks, camouflaged combat uniforms, body armor, helmets, eye protection and radio relays”. On January 6, 2021, the Oath Keepers deployed at several strategic points around the Capitol.

Shortly after 2 p.m., when the first windows were blown open by insurgents, Rhodes entered the perimeter around the Capitol, normally closed to the public. A first group of Oath Keepers advancing in a grouped formation climbed the steps of the east entrance of the building to enter. A second group then took the western entrance. Others stayed put “just outside the city in rapid reaction force teams”, ready to ship firearms, the statement said. These weapons were allegedly prepositioned in a hotel room in Arlington, Virginia.

You have 43.19% of this article left to read. The rest is for subscribers only.

1 thought on “Assault on the Capitol: the FBI prosecutes the Oath Keepers militia for sedition”