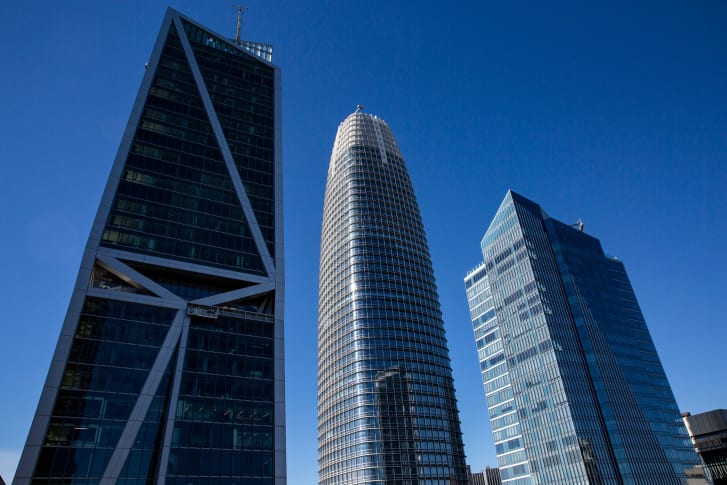 Tower in San Francisco worries after tragedy in Miami 1:20

(CNN) — San Francisco’s ostentatious Millennium Tower has been slowly sinking for years, and as a result, the 58-story skyscraper leaned as much as 7 centimeters to the north and west last year, according to the engineer tasked with fixing it.

Opened in 2009, the $350 million project consists of two buildings, the larger of which houses 419 luxury apartments, including a $13 million, 5,500-square-foot lavish penthouse. The uneven settlement of the tower, the city’s tallest residential structure, has caused cracks in the surrounding sidewalk and in the basement walls of its smaller, 12-story sister building next door. Tenants were first notified of the problem in 2016. By the end of last year, the tower had leaned a total of 2 feet to the west and 8 inches to the north. The tower also sank about 18 inches deep.

Although engineers are now working to stabilize the skyscraper, a city hearing last week revealed that the tilt will continue for several more months. Experts blamed nearby construction projects and a process known as “drying out” for weakening the ground under the tower, according to a previous report from CNN.

The estimated $100 million reparations, announced in October 2020 after years of lawsuits and hearings, are expected to be completed by the end of this year. According to the chief engineer of the stabilization project, Ronald Hamburger, who spoke at the hearing, the building has continued to lean at a rate of 6 to 7.6 centimeters to the north and 1.9 to 7.6 centimeters to the west during 2021, as confirmed in an email to CNN.

“We begin this new year 2022 as we ended last year and many other years, with the Millennium Tower continuing to sink and tilt,” City Supervisor Aaron Peskin said at last week’s hearing, according to NBC.

In recent years, the rate of tilt slowed as the building settled, according to Hamburger. But there were fluctuations, such as the slope increasing between September and December 2021. That period coincided in part with a two-month pause in construction over concerns that stabilization efforts might have made the problem worse, according to local media.

The tilt is expected to continue through September of this year, Hamburger said, as engineers install new support piles: steel-clad concrete columns that will reach more than 250 feet into bedrock to anchor the building.

“Once these piles are installed…using hydraulic jacks, some of the weight of the building will be transferred to these new piles,” Hamburger explained. “This will reduce the excessive pressure on the Old Bay Clay materials that caused the original subsidence, stop settlement and allow the building to begin to regain some of the tilt that has occurred.”

“The retrofit is not going to ‘stop the sinking’ until the piles are driven into the bedrock and fixed to the foundations,” he added.

“Since the stabilization is still under construction, it hasn’t worked to help the building yet.”

Leaning towers are no strangers to ancient architecture. Famously leaning structures in Pisa, Italy and Nevyansk, Russia have become tourist attractions, while London’s Elizabeth Tower (the clock tower that contains Big Ben’s famous bell) has a slight but increasing lean. But for a busy modern skyscraper to lean on unstable ground in one of America’s most expensive cities is a costly and contentious dilemma.

“They’re relatively rare, but I think when it comes to (leaning) towers you do have to be extra careful because they reveal themselves in a way that a shorter building wouldn’t.” civil engineer John Burland told CNN in a 2017 interview. “A low-rise building may sit a bit more on one end than the other, but most of that can be absorbed into the building’s fabric.”

“The problem with a tall building is that you can see how it leans, which people don’t like. It may be safe, but the owners of the building are not going to be happy about it,” he added.

At 196 meters tall, the Millennium Tower is the fourth tallest building in San Francisco. Designed by Handel Architects and developed by Millennium Partners, the tower’s properties will continue to sell while engineers work on its fix. In December, a one-bedroom, two-bathroom apartment sold for $1.16 million, while a one-bedroom, one-bathroom sold for $765,000, according to Zillow.

Hamburger said the building is safe for residents and will remain so.

“Since we expect the rate of tilt to continue to decrease over time, and eventually stop, we don’t expect the building to tilt enough to become unsafe,” he said. I have performed analyzes indicating that the building can withstand at least 1.7 meters of tilt to the west and 0.7 meters to the north before its ability to withstand earthquakes is compromised.”

“Even if this amount of tilt were overcome, the building would still be safer than most existing buildings in San Francisco, but not as safe as the current building code intends,” he added.