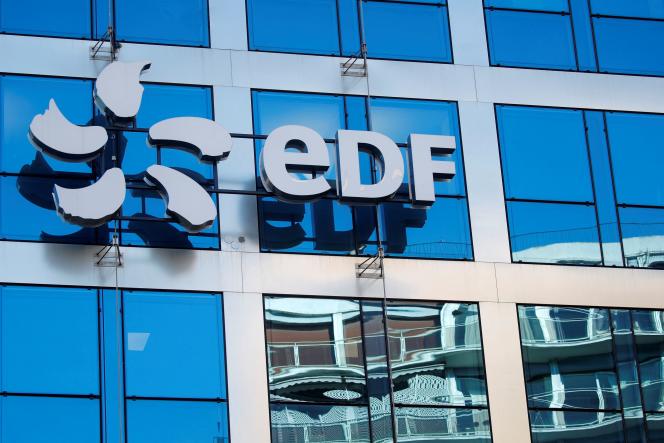 About three months before the presidential election, showing concern to protect the purchasing power of the French, the Minister of the Economy, Bruno Le Maire, announces that the State will force EDF to sell more electricity at low price to its competitors.

The executive, which had already reduced the main electricity tax to a minimum, will “implement an additional measure by increasing by 20 terawatt hours (TWh) the volume of nuclear electricity sold at a reduced price by EDF to its competitors, to increase it exceptionally from 100 to 120 TWh”, announced the Minister in an interview published on the website of the Parisian, Thursday, January 13.

The government thus wants to keep its promise to limit the increase in the French electricity bill to 4% in 2022, in the midst of soaring energy prices and high inflation. “These volumes will be accessible to all consumers, individuals, communities and professionals, via their supplier, according to terms that will be specified very soon”, said the Ministry of Ecological Transition in a press release.

EDF takes note of the measures announced by the government

The Energy Regulatory Commission will be tasked with monitoring that electricity suppliers “will fully pass on the advantage derived to the benefit of consumers”, adds the ministry. This measure will cost between 7.7 billion and 8.4 billion euros for EDF, estimated Bruno Le Maire. EDF said it took note of the measures announced by the government.

At the end of September, Prime Minister Jean Castex announced “tariff shield” on energy, with in particular a 4% limit on the increase in regulated electricity tariffs in 2022. Prices, boosted by the global economic recovery, have not stopped increasing since, but the government does not did not go back on his word.

He had been planning since December to raise this ceiling of the Arenh, the regulated access to historical nuclear electricity, so that suppliers have more cheap electricity at a fixed price, even if it means slightly increasing the price paid to EDF.

While it is currently sold at 42 euros per megawatt hour (MWh) – instead of some 250 euros on the market today – by EDF to its competitors, the government has “proposed to raise this sale price from 42 to 46.2 euros/MWh, which makes it possible to reduce the bill for EDF”, said Bruno Le Maire.

The government had already reduced the main tax on electricity to a minimum, lowering it from 22.5 euros per megawatt hour to 50 cents, “a decision which represents a tax loss for the State of 8 billion euros”, he specified. This measure “made it possible to cover approximately 15 points of increase in the price of electricity”, according to the Minister, very “far from the 35% to come in two weeks”.

“As a result, it will not be 40% of EDF’s production, but 50% which will be on permanent sale to the competition”, reacted to Agence France-Presse Philippe Page le Mérour, secretary (CGT) of the central social and economic committee of EDF at the mention of this measure.

The energy company is already struggling with further delays in the delivery of its new generation EPR nuclear reactor, under construction in Flamanville (Manche), and corrosion problems on other reactors of previous generations, shut down .

Beyond the sensitive political context, the Minister assured that there would be “no catch-up leading to a further increase in 2023”, with the State and EDF bearing the cost of this measure.