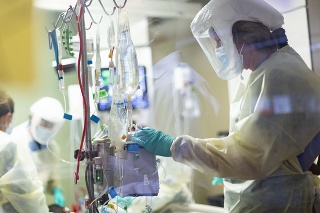 England will reduce the length of coronavirus quarantine from seven days to five from Monday. This was announced by the British Minister of Health Sajid Javid, informs the DPA agency.

Javid told members of the House of Commons that, according to the UK Health Service (UKHSA), two-thirds of people tested positive for COVID-19 are no longer infectious by the end of the fifth day of quarantine.

According to Javid, they will be able to covidom infection to end quarantine on the sixth day – after carrying out two antigen tests with negative results on the fifth and sixth days of isolation.

Under the UKHSA guidelines so far, people in England had to go into solitary confinement for at least six days after the onset of symptoms or a positive test result – whichever came first. The quarantine could be completed on the seventh day after performing two antigen tests with a negative result on the sixth and seventh day of the quarantine.

The DPA recalls that the British government has been under increasing public pressure, to adapt the rules in England to those in the United States, where the length of the quarantine was reduced to five days.

1 thought on “People pushed the government to change the measure, they succeeded! This is how it works in England – NEW TIME”